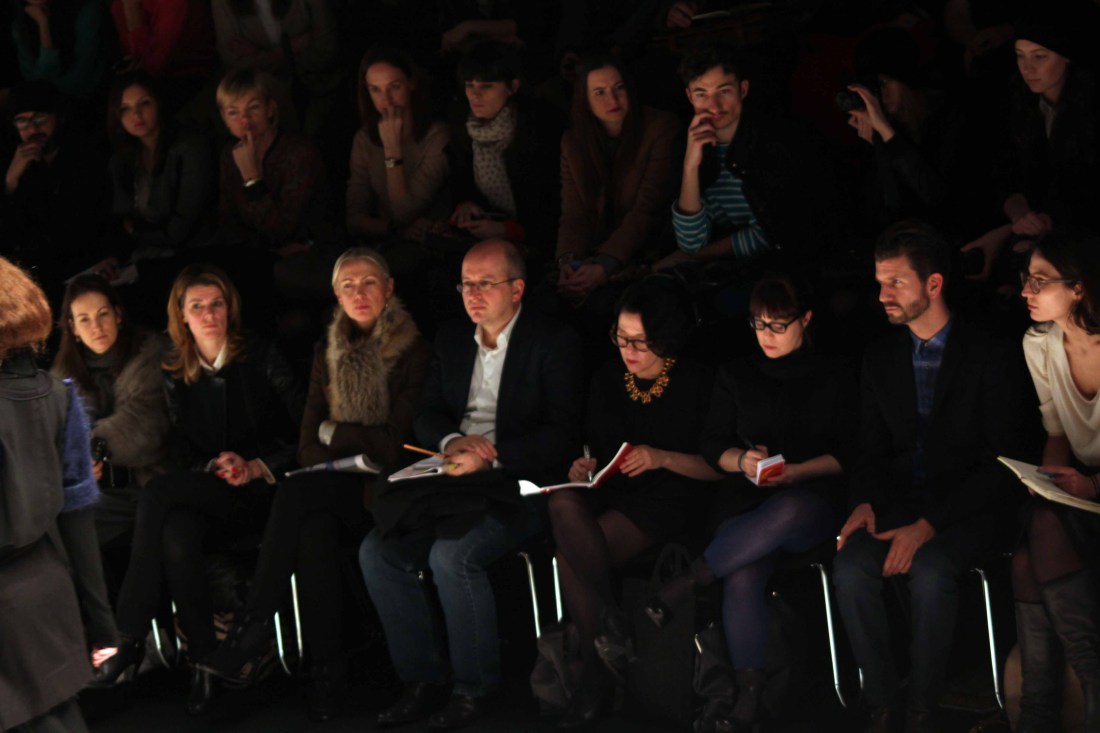 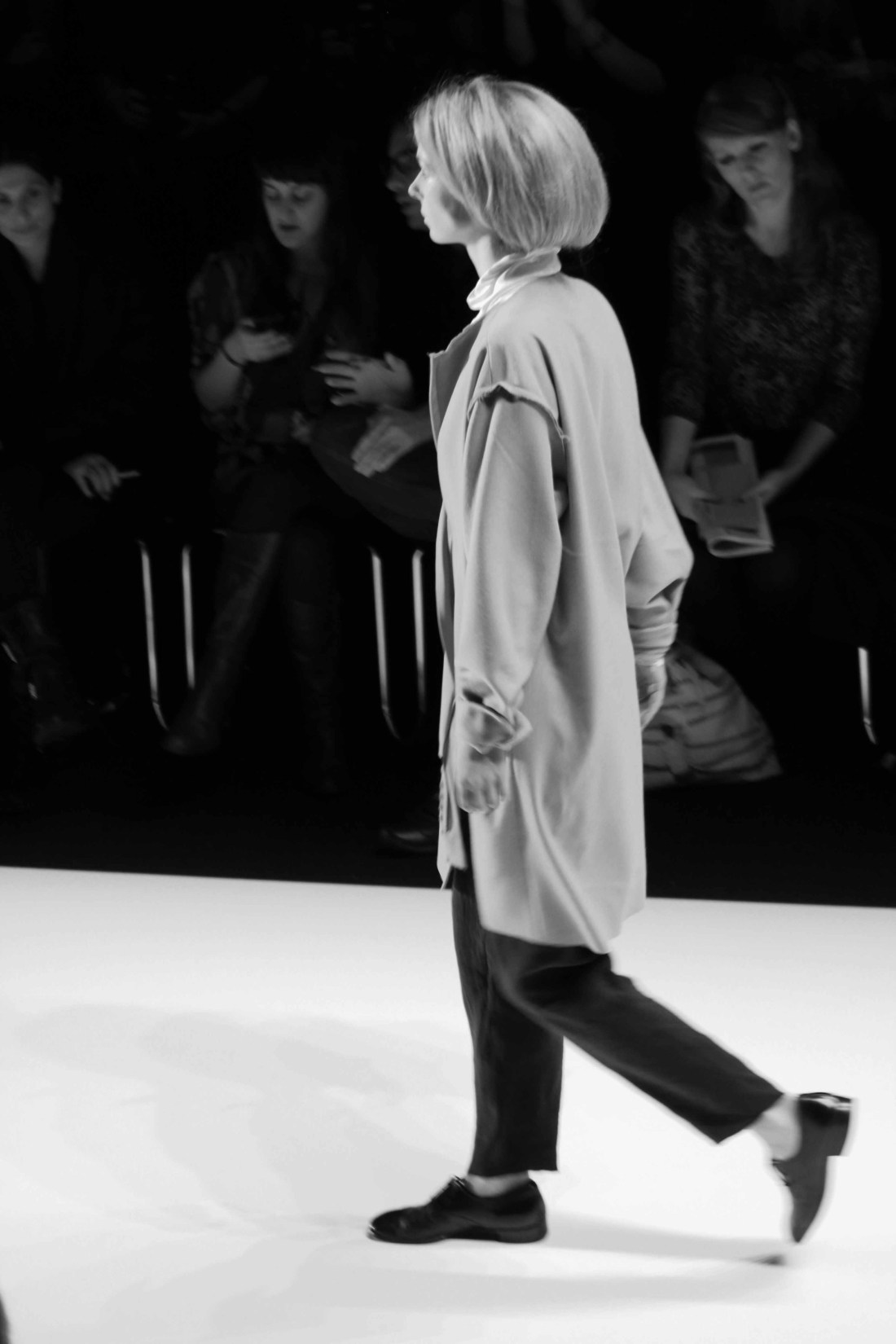 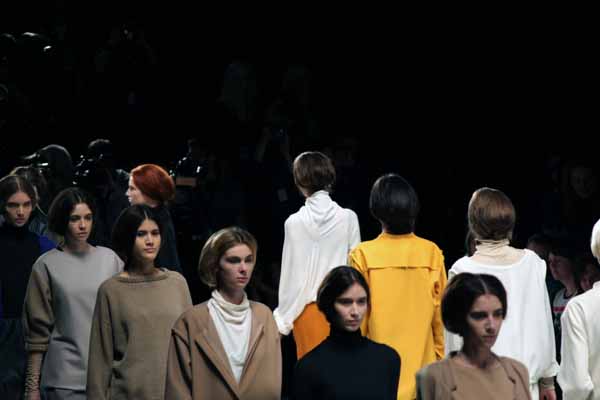 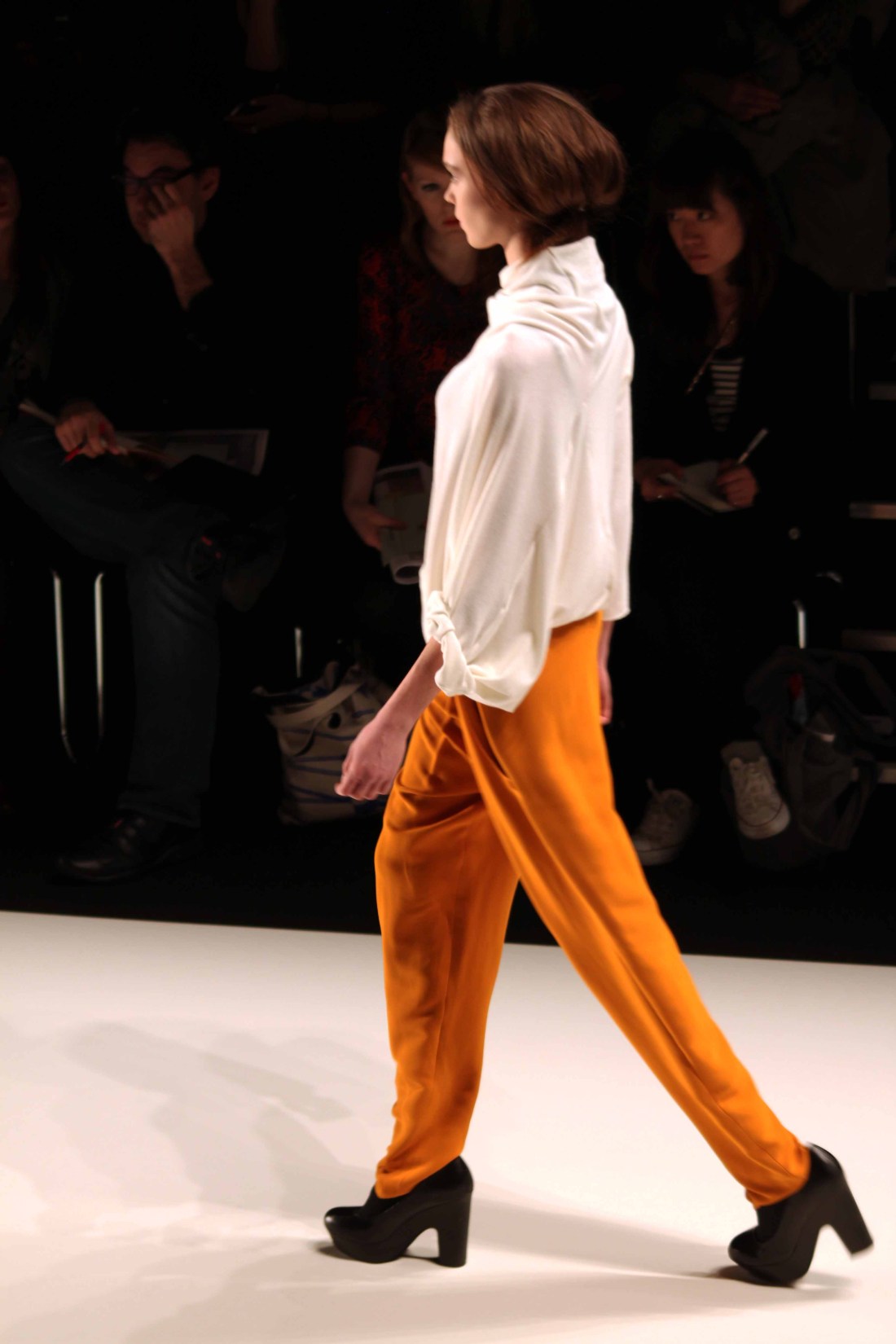 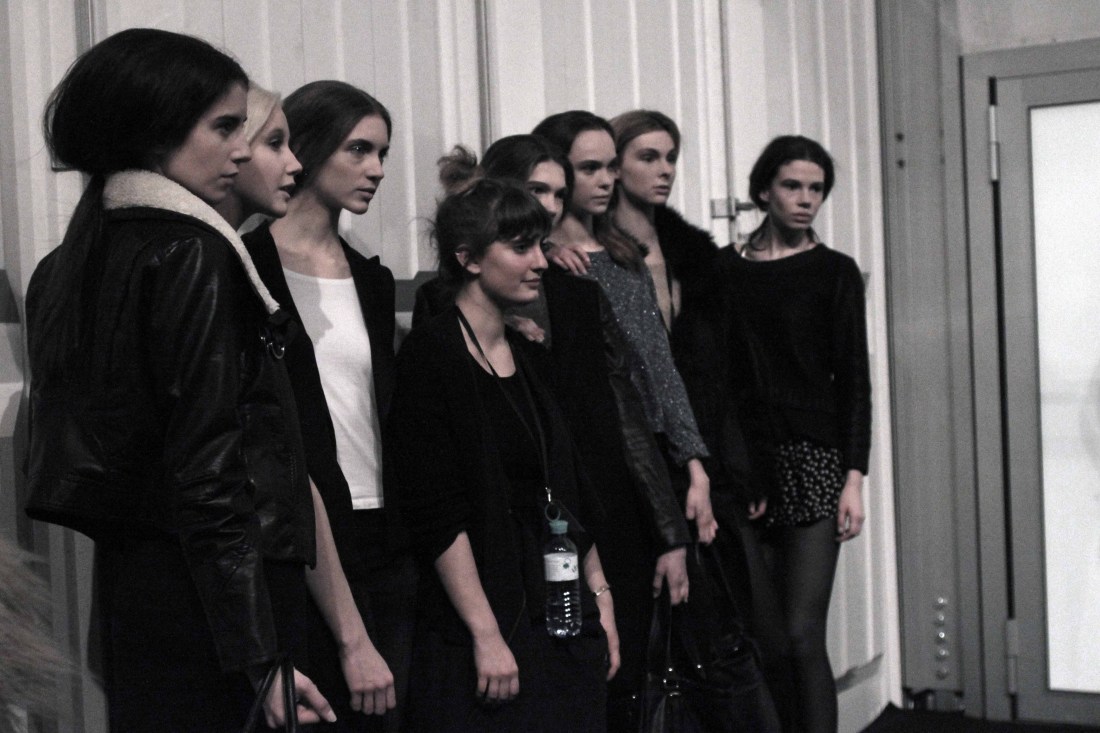 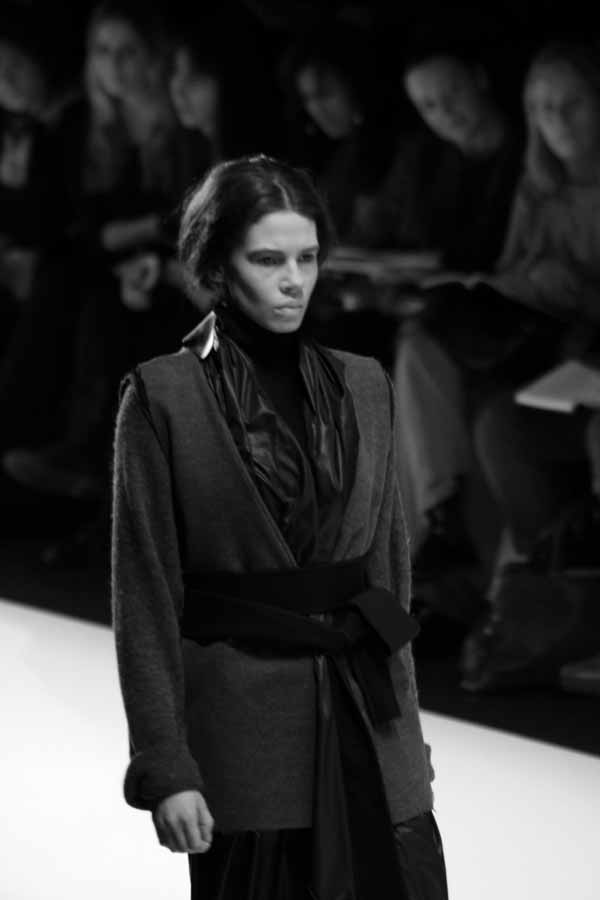 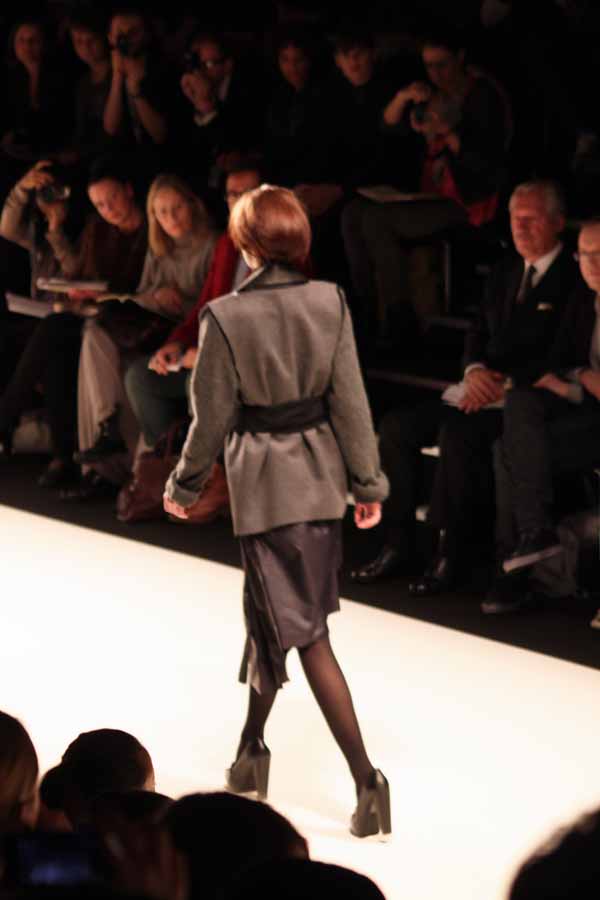 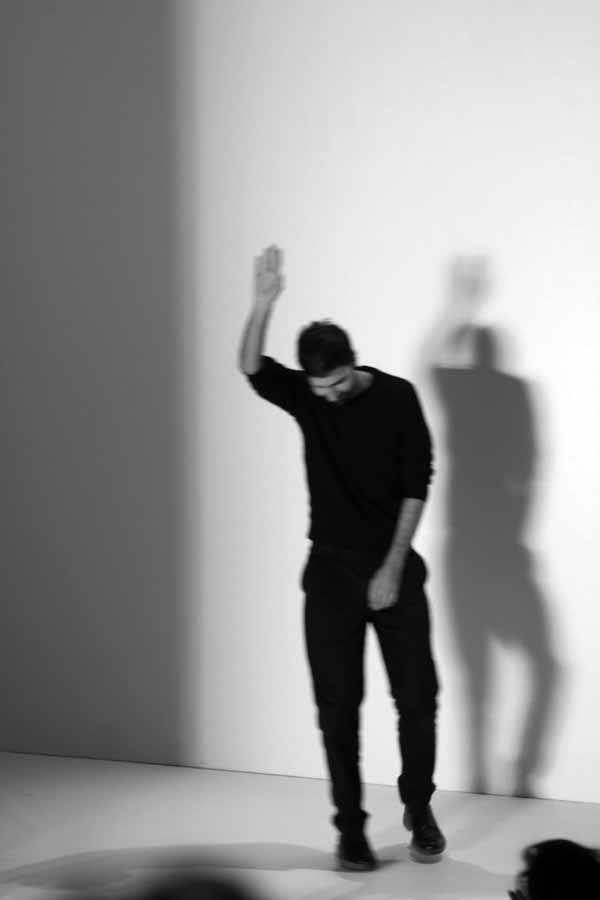 Vladimir Karaleev is a Bulgarian designer based in Berlin. His unique style and creation of unedited silhouettes have made him one of the favorites at the Mercedes Benz Berlin fashion week. his inspiration comes from his close relationship to the art scene and his conceptual vision of fashion. He created his label on 2005 and each season being loyal to his concept he plays with cuts and fabrics to create exceptional pieces that as we see them, we need to look at them several times to try to figure out how they where made, it is another kind of Haute Couture, not the one we are used to with more ornaments and extravagant cuts and fabrics but one of simple sophistication. I liked a lot some of the pieces of the collection, specially the petrol blue cashmere coat that looks like it just came out of the fabric with almost no seaming, he has an interesting mix of textures (leather, wool, and a more flawy fabric). I had an opportunity to meet him backstage and he is adorable, shy and modest about his work, it is nice to see when they are rising in fashion.  My only criticism is that in a show being so simple the clothes, we have to make the make up and hair a little more feminine, the feminine girl with the androgynous sophisticated look, I don’t know if it can be given by more lipstick a nice accessory in the hair, it is important to not forget that girly part in every woman :). But make up or no make up I am sure we will be seeing a lot more from Mr. Karaleev.