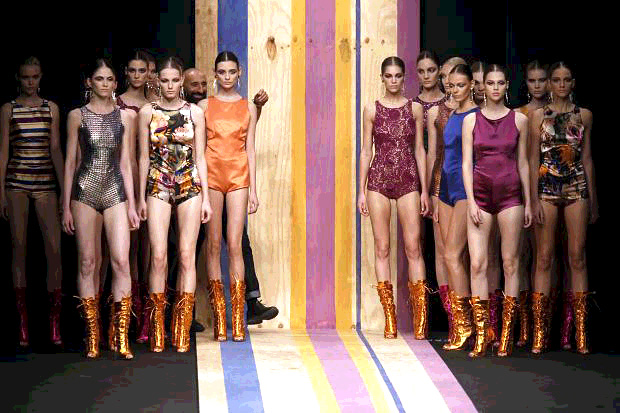 As I was reviewing the collections of Milan, the first picture just stuck on my mind as the modern “Wonder Woman“, the one of the 21st century, she can be powerful and strong but still have that feminine side.  Of course I am not very sure we can wear one of these to the office, but there is always imagination.