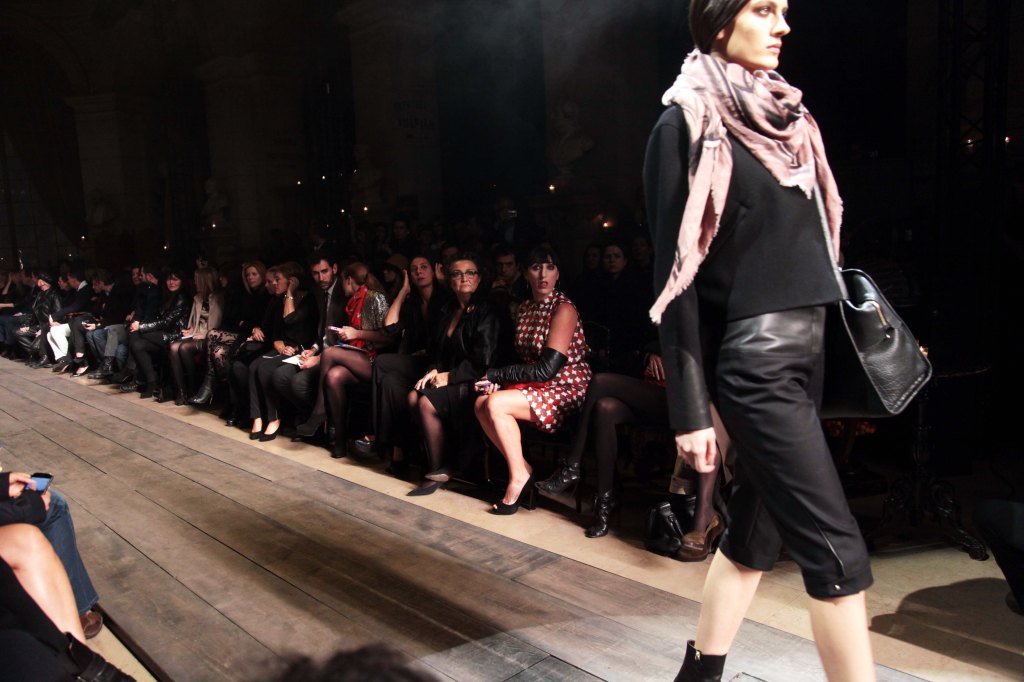 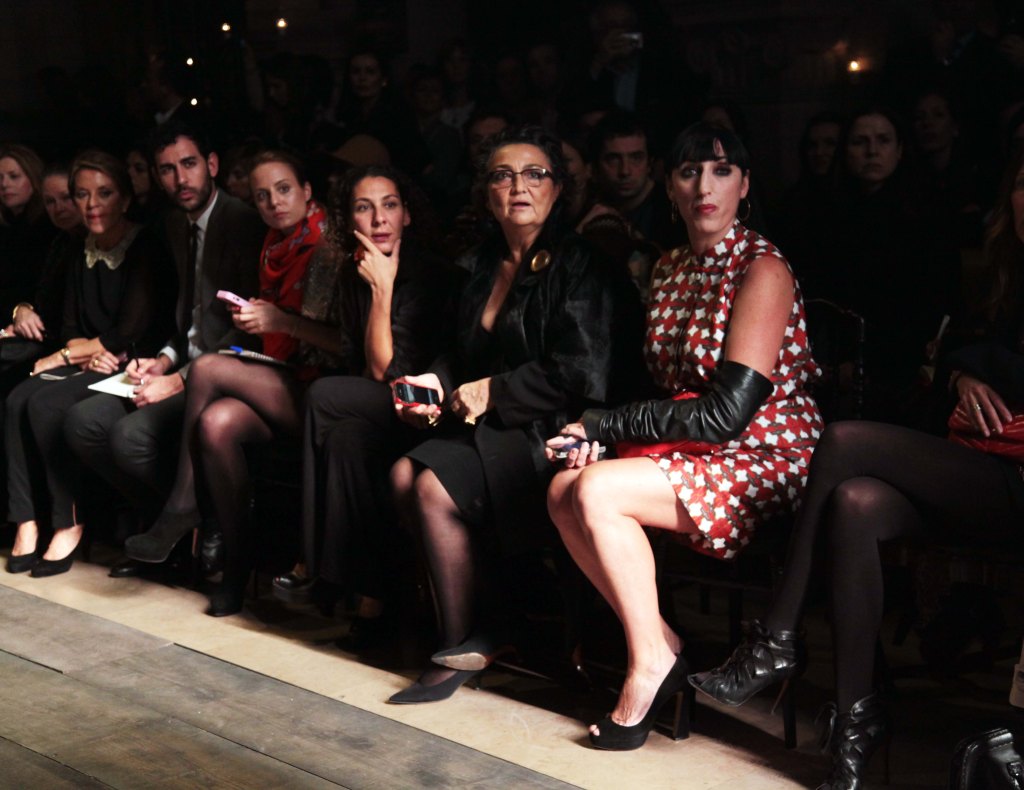 It was natural that iconic actress Rossy de Palma would attend the Loewe Fall Winter presentation of Loewe, being a spanish brand and also by the fact that Mrs. Palma lives in Paris and is regular at many Fashion shows, as a guest or muse. We know her thanks to the eyes of Almodovar who gave her numerous in many of his films including “Mujeres a un Ataque de nervios” the film that launched his career. Her unique physique and personalty gives her the opportunity to incarnate to perfection in his roles. There is something so feminine/masculine in her.  As she was sitting in front row I had a split attention on trying to shoot the models and her either watching the models or some kind of impromptu  portrait, I got my second with her in the second picture, she posed for the camera as herself in one second, as the rest of the guests where attentively looking at the show. That is where I find magic in what I do.