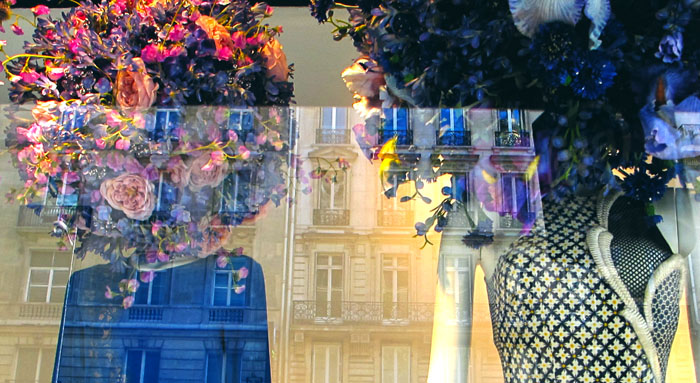 Today was amazingly beautiful in Paris, one of those sunny days one longs for after multiple rainy days, so I decided to give a loooong walk (5 hours, I think I over did it) but I had a mission, get some cool pictures to share with you. One of my stops? Printemps, with their amazing windows, Flower Head girls. The head arrangements are simply amazing they look natural and the looks chosen too.There were multiple Christopher Kane pieces from dresses to tops, Carven, Stella McCartney, Erdem, Jil Sander and even some Bimba and Lola that I just love. As I was taking the pictures, more people come to take pictures, others look at me as a tourist taking pictures of windows, for me I am having fun like a kid, playing with reflections. Sometimes is just nice to go for a walk with maybe a purpose of where to go but not choosing a particular road, letting yourself be surprised and being just curious and playful of what you will find. Enough philosophy :). Have a great week.