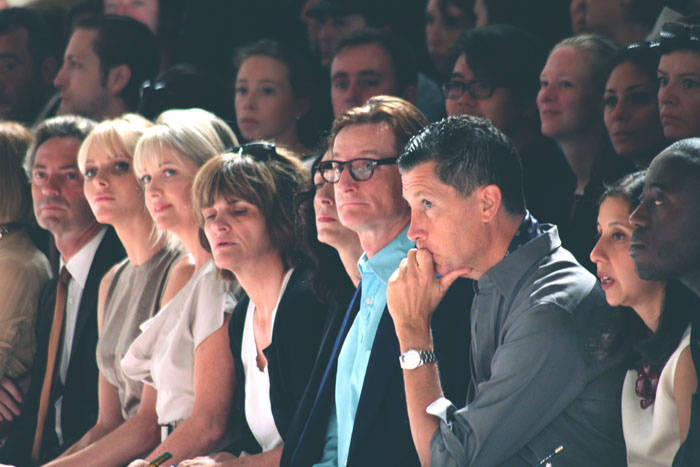 I love this picture because it really captures a moment of two of the most influential editors in Fashionland concentrating at their work, being the Akris show (Very beautiful but not necessarily eye-catching), you can see their dedication and impeccable cool. As I was choosing the picture it was Stephano Tonchi who really caught my eye, but if you look closer you will see Princess Charlene, the wife of prince Albert who wore an Akris dress for her wedding. But then again she is not the character that interests me the most.