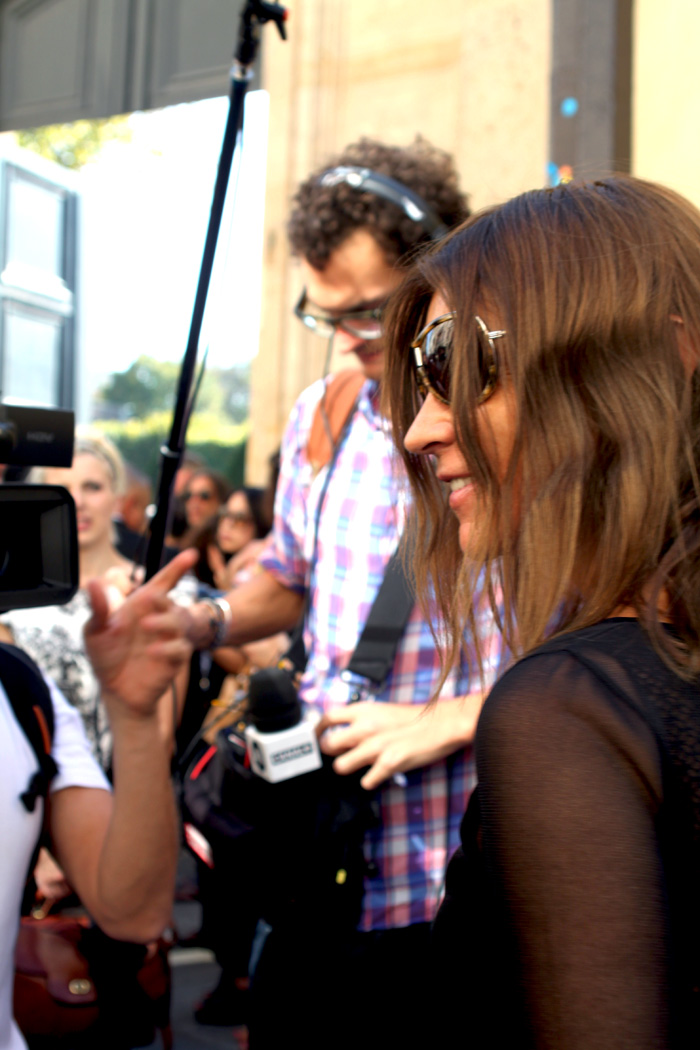 In honor of today’s news here is a scene of last years Christian Dior show with one of my favorite person Carine Rotfield, one of the most influential people in fashion today, her power is big enough to influence the decision that was announced today of Raf Simmons becoming the new artistic director of the house of Dior, it is her years of experience and avant-gardist vision that has granted her this position, did she have something to do with the decision, I don’t know, but here she is :).