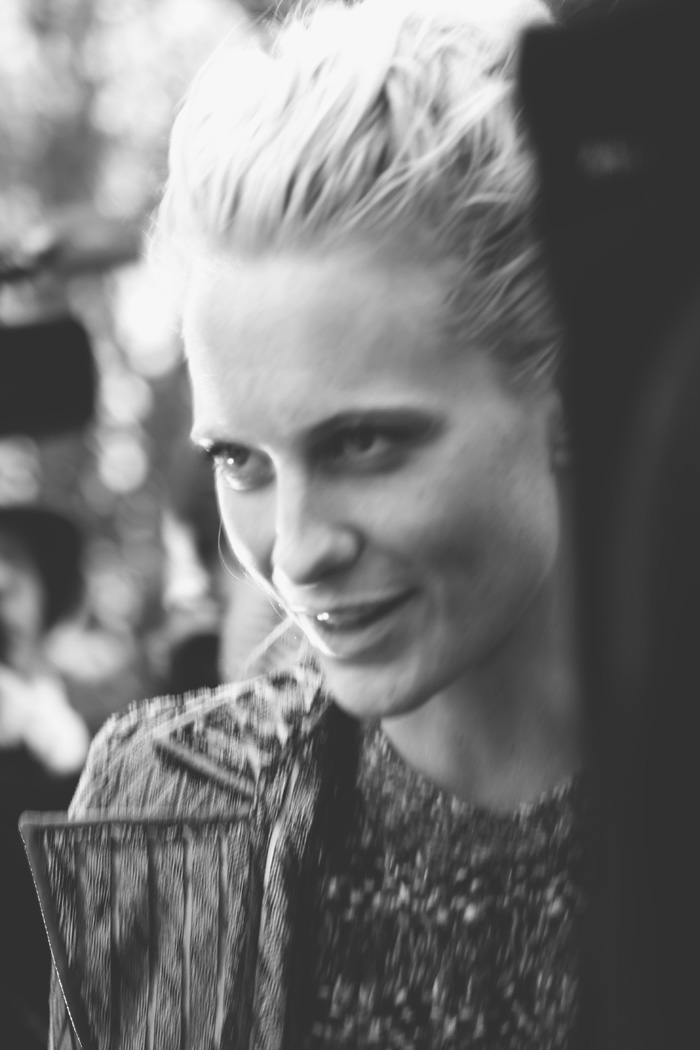 I confess I did not know who Poppy Delevigne was when I took the picture, but then again I did not know who Olivia Palermo was when I took her first picture almost 2 years ago. Thanks god Chanel makes a video interviewing all the starts that attend the show so I can confirm who they are. Poppy is a british model daughter of the head of personal shopping at Selfridges which gave her the lottery luck of having access to the best clothes and today is recognized in the fashion world as an Icon of Style. She is actually the spoke person for french brand Zadig & Voltaire’s new fragrance where she shares the spot and the motor bike  with Californian surfer Chris del Moro. Here it is, one more girl we know.