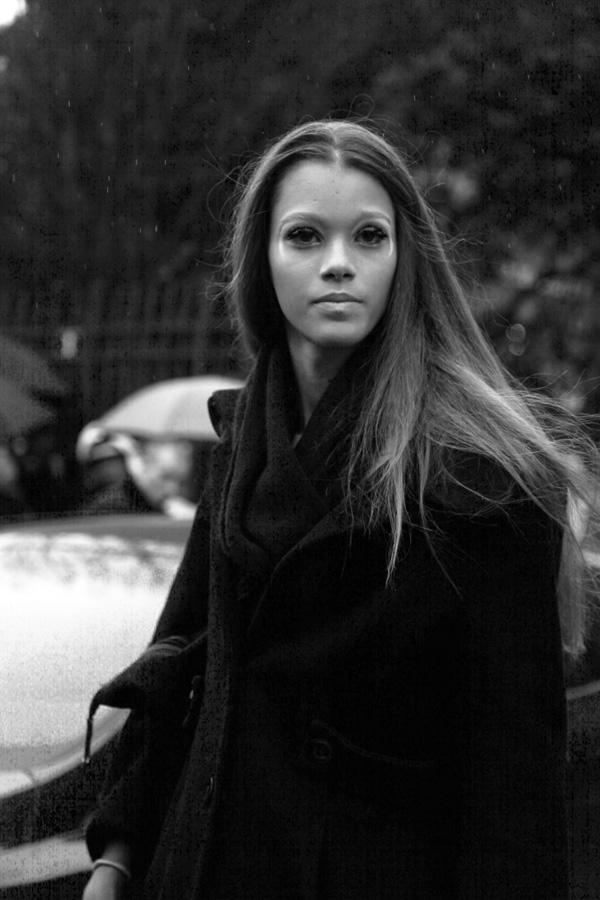 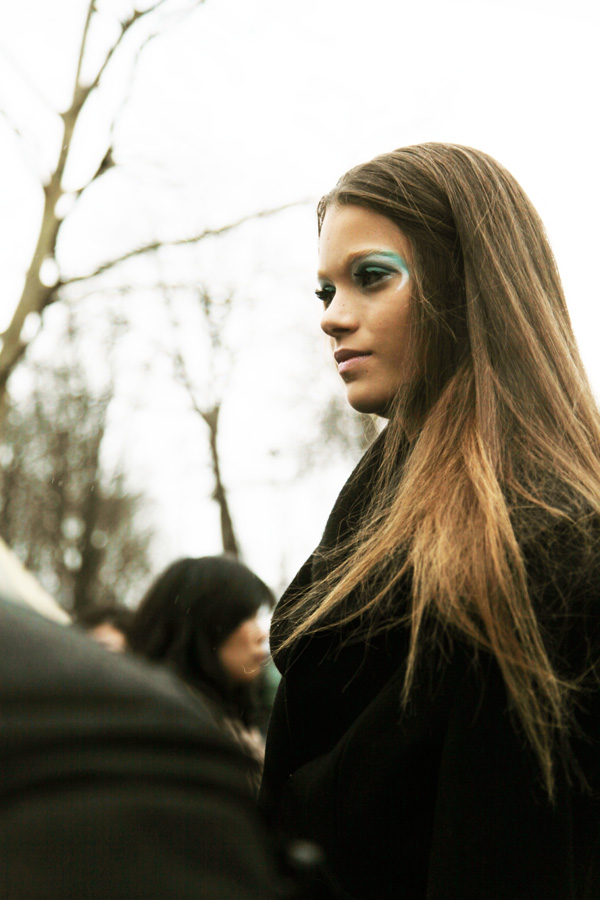 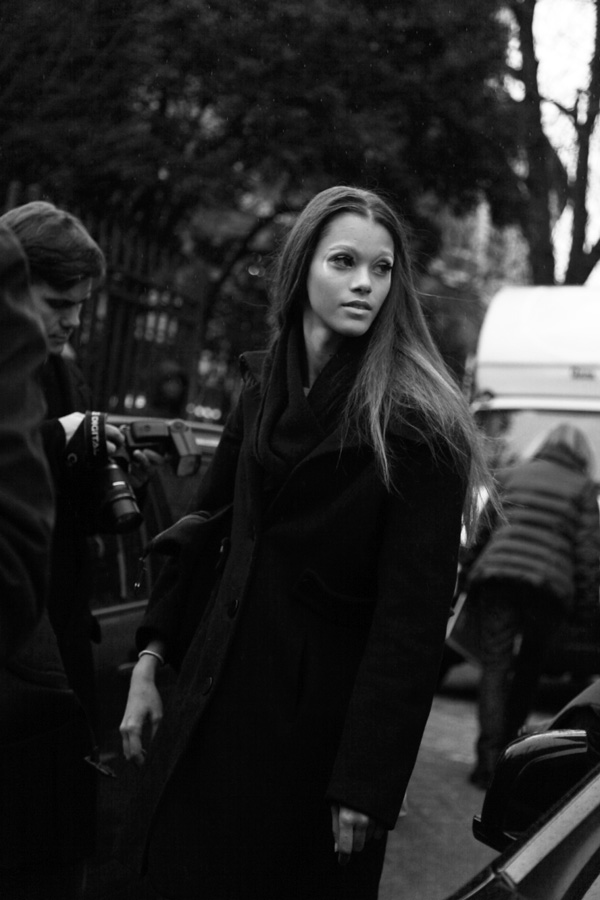 There are moments that you can not say it is 2012, it could be any time 1972, 1992 , there is no rule or guideline, there is just a moment. Sometimes after the fashion shows I get those moments, a model comes out with the make up from the show, yet dressed in civilian. This was outside the Miu Miu Fall  Winter 2012 presentation, the weather got grey so you had the perfect nostalgic scenarios, that slightly seventies  make up, and the blurriness of the haze and rain make this picture year less, which is what makes is exciting. Maybe it is true that sometimes time is just an illusion.