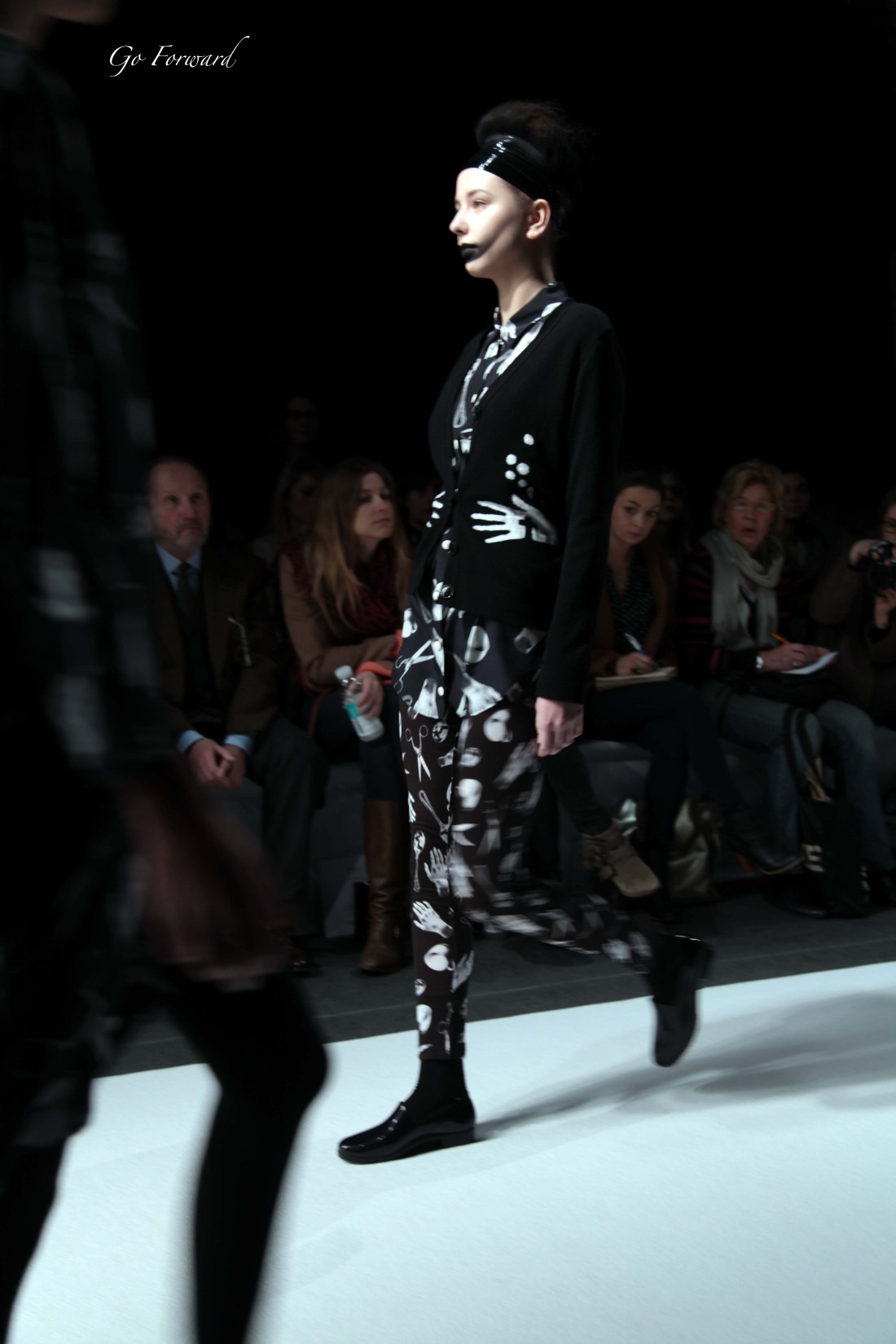 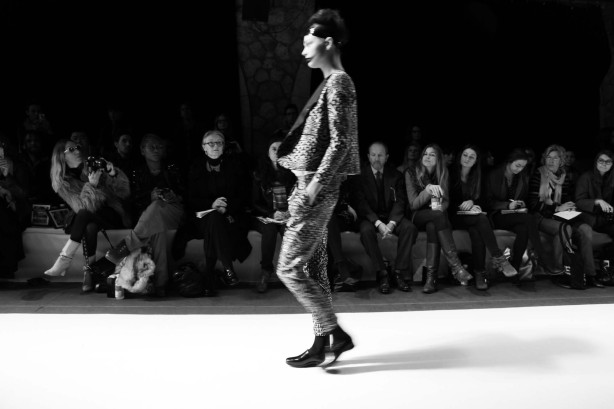 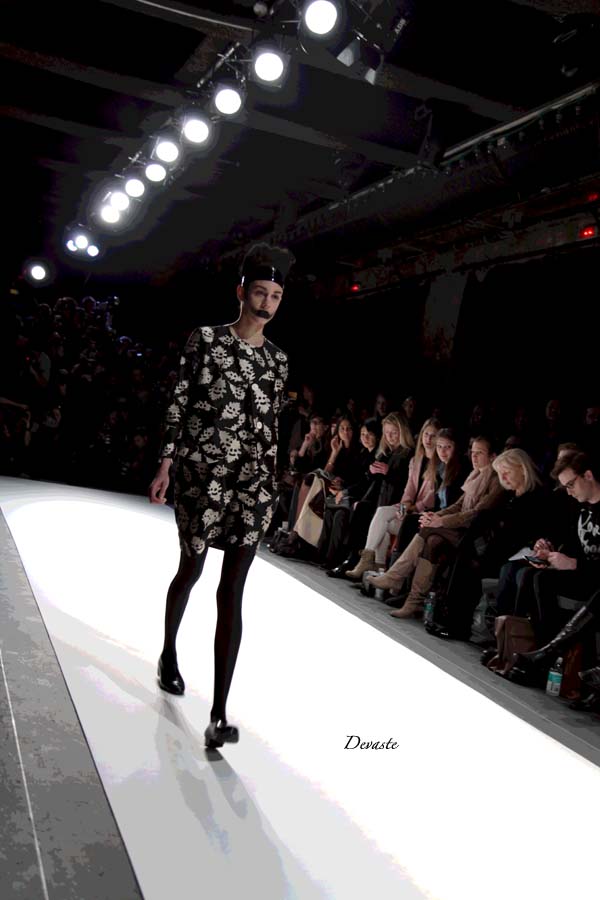 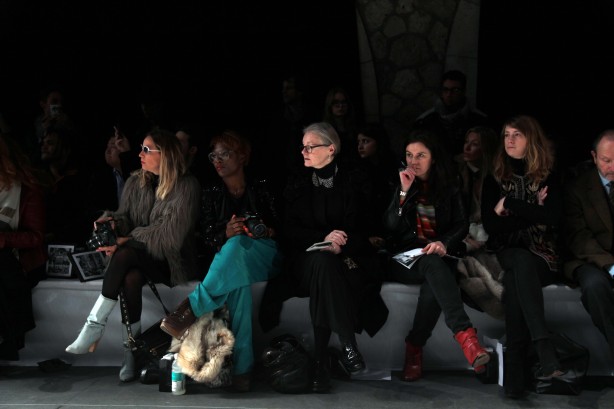 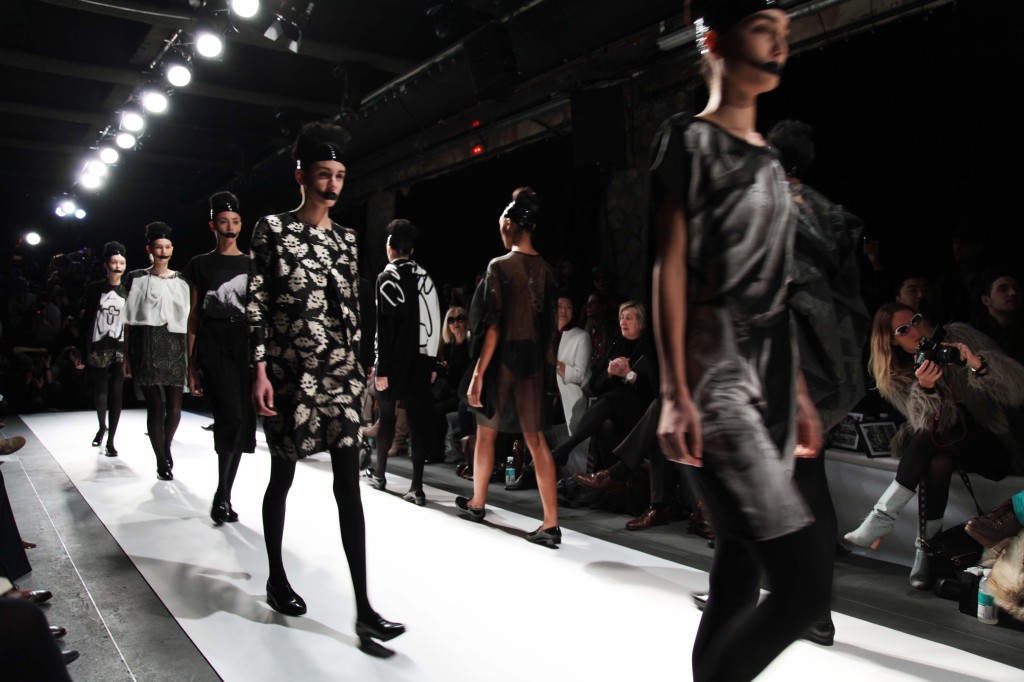 Devastee is the duo formed by Ophelie Klere and Francois Alary, these young entrepreneurs started met in 1999 but started their company in 2004.They started their friendship-love long before being partners in fashion while they where in high school and use to go to graveyards when they skipped class, little they new then this would be that would be their inspiration to create their own collections for their label.  They are characterized for their funny-dark characters that they put in the prints and knits, there is always humor and irony in their clothes, this makes them a very parisian brand also. Francois is the one that draws the characters and Ophelie is the one that decides the cuts of the clothing. They describe their style as “mignon-macabre”, always in black and white.. I liked the character they made this season that looks like a little ghost, it reminds me of the Pac-man ghosts and those comfortable flat shoes!!! . I think of Tim Burton and Edward Scissor hands when I see their clothes, I could see Winona Rider being dressed in Devastee in Beatlejuice, but we don’t have to that far, many parisian hipsters have a piece of Devastee. I like their story, it shows with a little luck and guts you can star your thing,  you should check it out here.