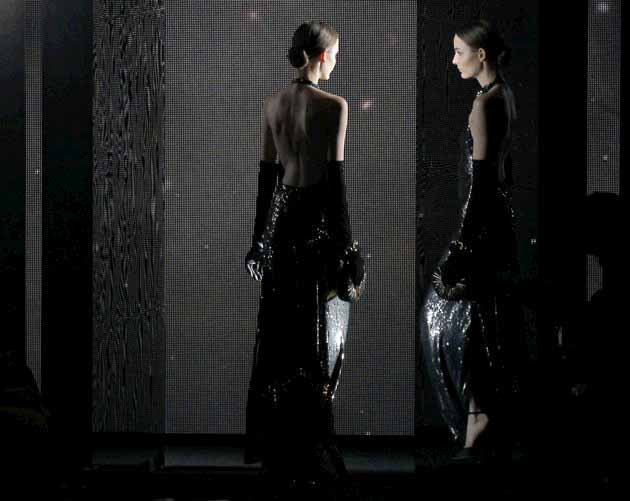 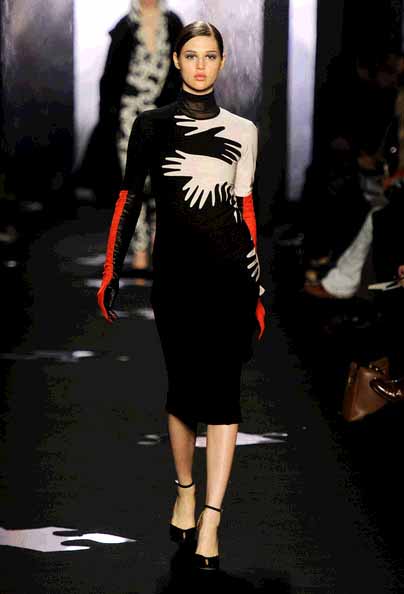 There are four  women designers that I think really embody their brands, their clothes reflect their personal style and vision on how to dress : Carolina Herrera, Sonia & Nathalie Rykiel and of course Diane Von Furstenberg, they have in common starting their careers thinking there was something missing and that they have to design it, and they did. DVF created the jersey knitted “wrap dress’ that launched her career, just as Rykiel’s loose poor boy sweater. This dress had that much influence in fashion that it is now exhibited in the Metropolitan Museum of Art. When I see her designs then, I think she already knew there would be women like Carrie Bradshaw some years later ;). Yesterday she presented a collection with loose but close to the body cuts and volumes close to her trademark but used less prints as usual, she decided to go on plain but bold colors as well as black, but always having that feminine sophisticated look and fun aspect, lip bags and had print dresses ( I think the Lip Bag rocks!) . I really love this woman’s personality and style, I do wonder in the years to come who will be the women who have this impact in personality and design?