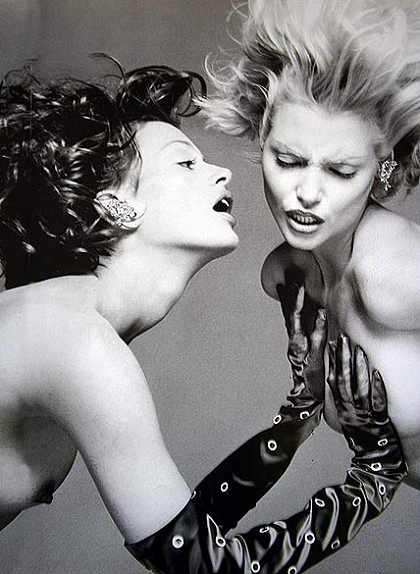 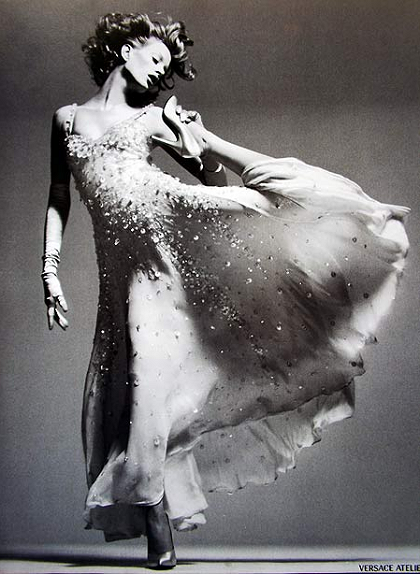 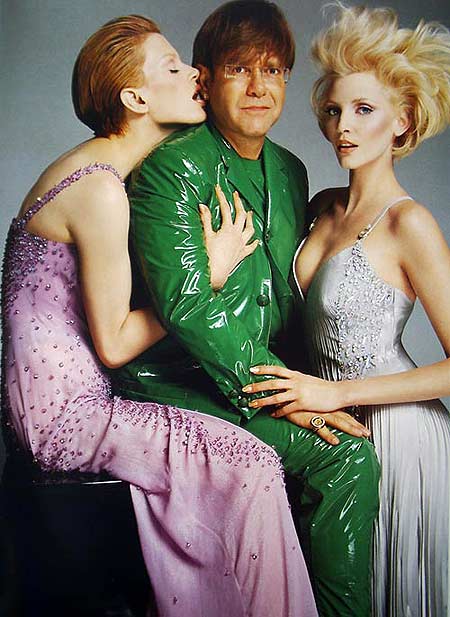 Here is the 3rd of the Richard Avedon and Versace series. Versace was always an avant-gardiste when it came to the models he used, he was the first to use all super models in his campaigns and he was the first to use “out of common” models like Nadja Auermann and Kristen McMenamy, Nadja had at the time very unique proportions (longest legs in the industry) and Kristen was considered androgynous, and we could say not very pretty, in this campaign Versace and Avedon showed a more glamourous and feminine side of her, which took her career to another level. In one of the ads they had Elton Jhon with them (to make clear that Elton did not pose for money, it was just for friendship), that is cool. If I ever have a shoe brand I hope someone like Lady Gaga or Dita Von Teese, why not both!…Everything is possible right 😉 ?