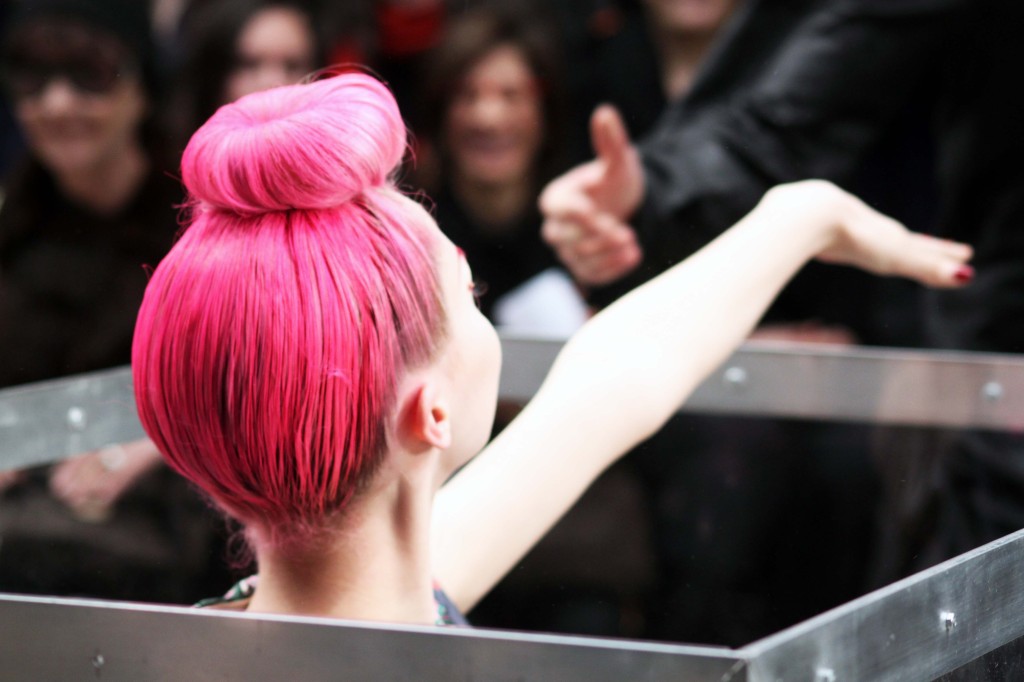 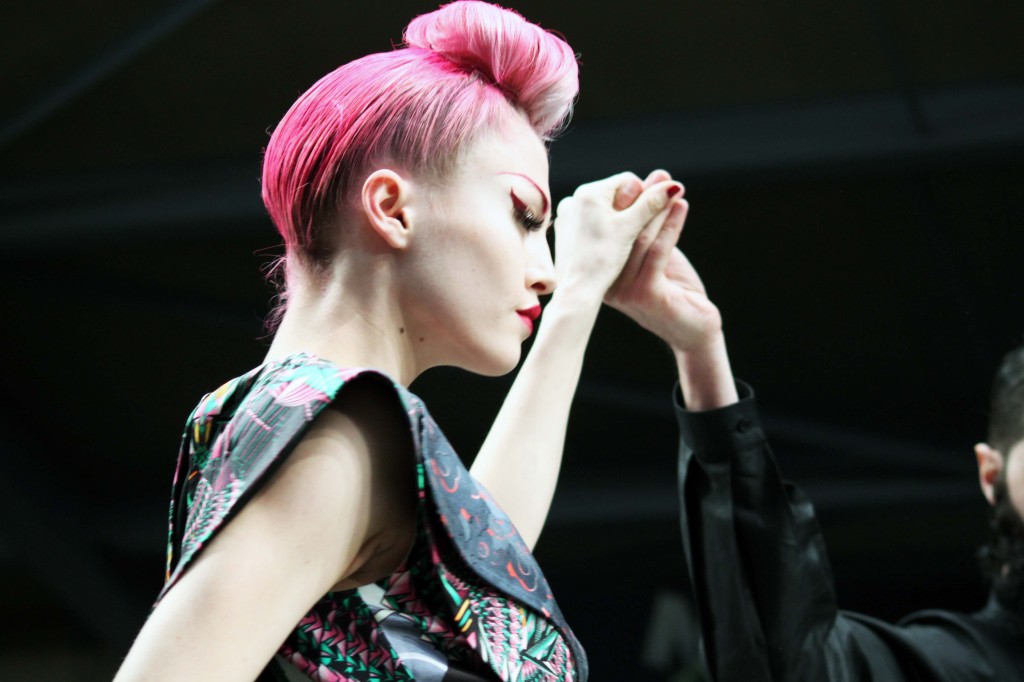 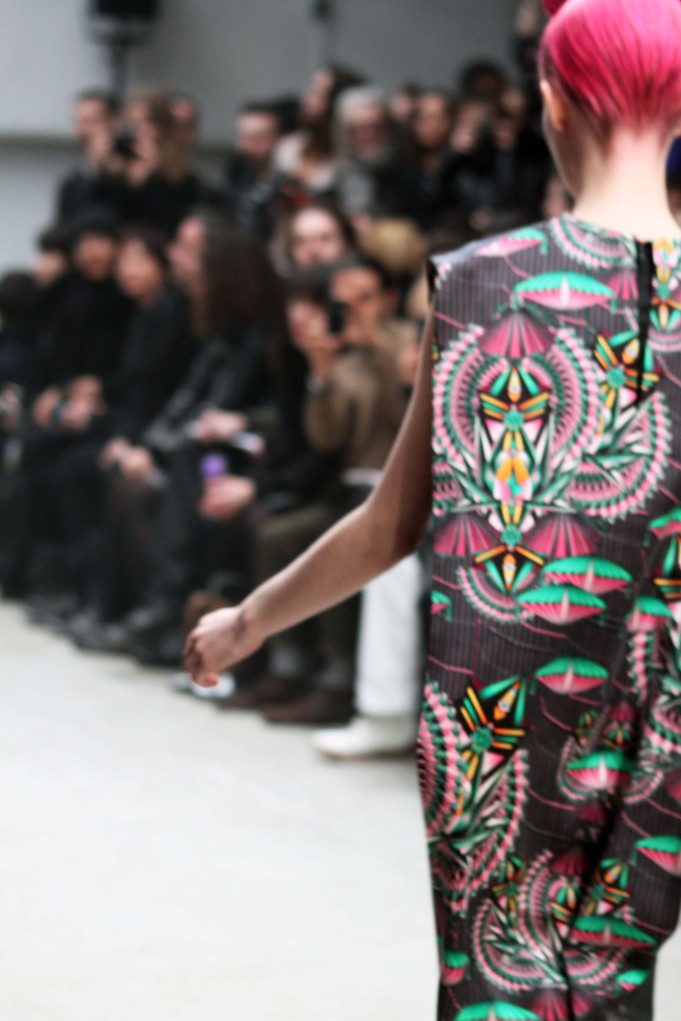 The Manish Arora FW 2011 show, was really one of my favorite of everything I have seen, its color and magic gave it a unique atmosphere that made it stand out from the others. He started the show with the appearance of a model out of  a box filled with fire and at the middle of the show he stopped everything again to make another illusionism act, this time from the middle of the runway, making the girl appear from an empty glass box, a simple trick that is centuries old but that will not cease to surprise the child inside every one. Just look the last pictures with the most important editors (Suzy Menkes, Hilary Alexander, Godfrey Deeny), it is not easy to get these guys attention, they see so much!. This is an example that sometimes to surprise you don’t have to spend a lot or do something very elaborate, you just have to use your imagination and see how it can touch others. I wanted to share the pictures of the whole look because you can’t miss the amazing work behind the clothes, the color, the cut, Manish Arora’s pieces are timeless, if you find the right cut you will look original an amazing any season, and that is what make his fashion unique and what has given him the label of the Galliano from India, I think he does not need any labelling, this is a star in the rise, I hope to be able to promote him by not only writing about him but also wearing some of those amazing clothes.