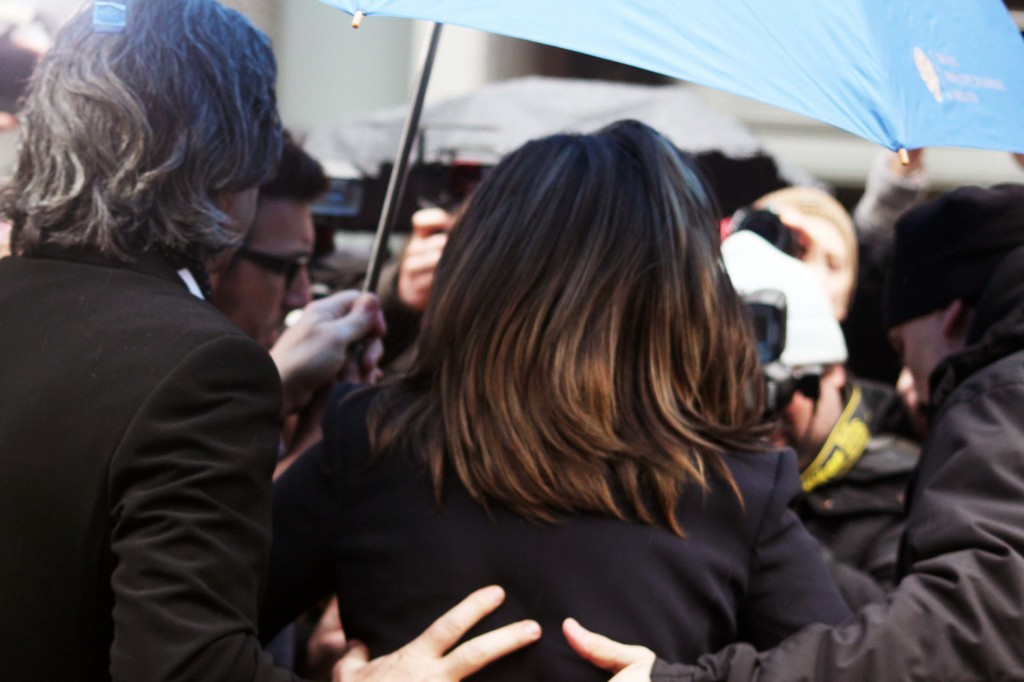 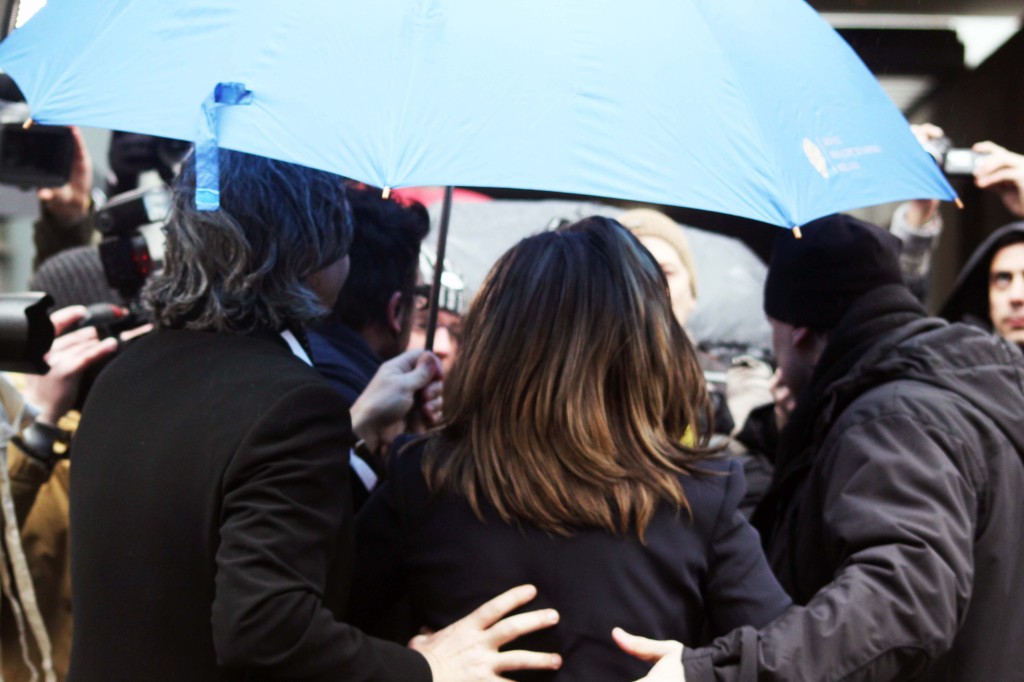 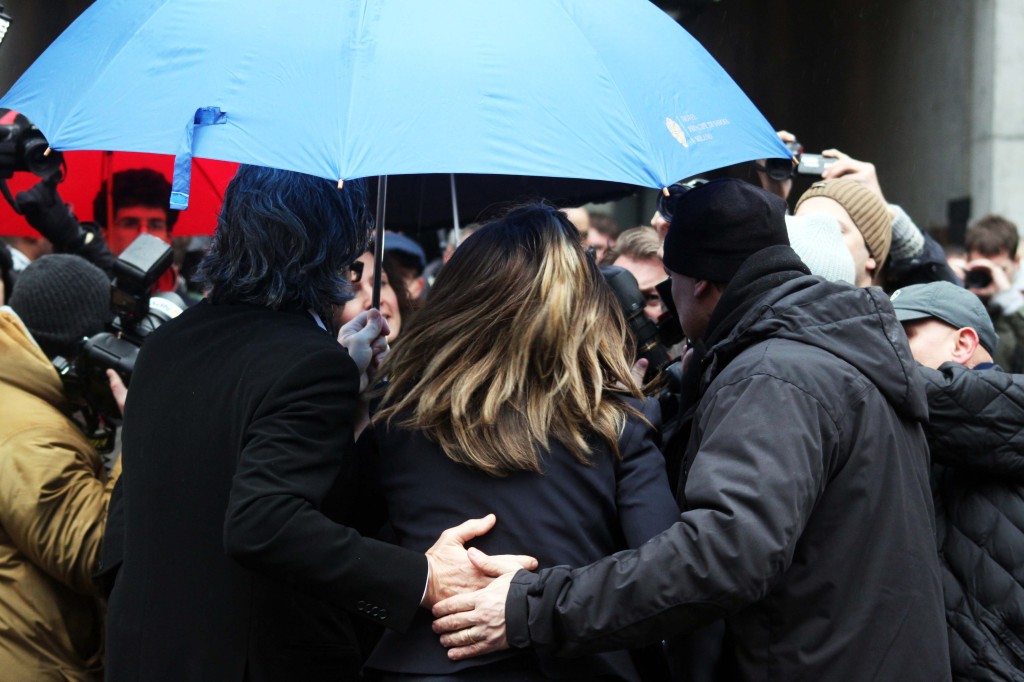 Tina Turner arrived to the Giorgio Armani show at the last minute, I recognized her car because she was in the Emporio Armani show besides the handsome Ricky Martin and she left on this car (Tina Turner), I have a picture of her getting down from the car but I have decided to post it because she really looked scared and not great, I like to post people on their natural best, but when you see these pictures you understand why she was scared, the moment she got out of the car paparazzis noticed her and made a barrier around her, her bodyguards one in each side held her and the umbrella to protect her from them, they where mean getting to close as you can see in the pictures, as much as I love stars and photograph stars at no point I want to disturb them, I do it for the art and beauty, and in some way sharing the moment, so these  pictures convinced me I have no intention on being related with paparazzis I don’t have the same aim or objective, I respect them because believe me it looks like a though job, but I don’t see the pleasure, I will stay with the nice moments I can capture :).