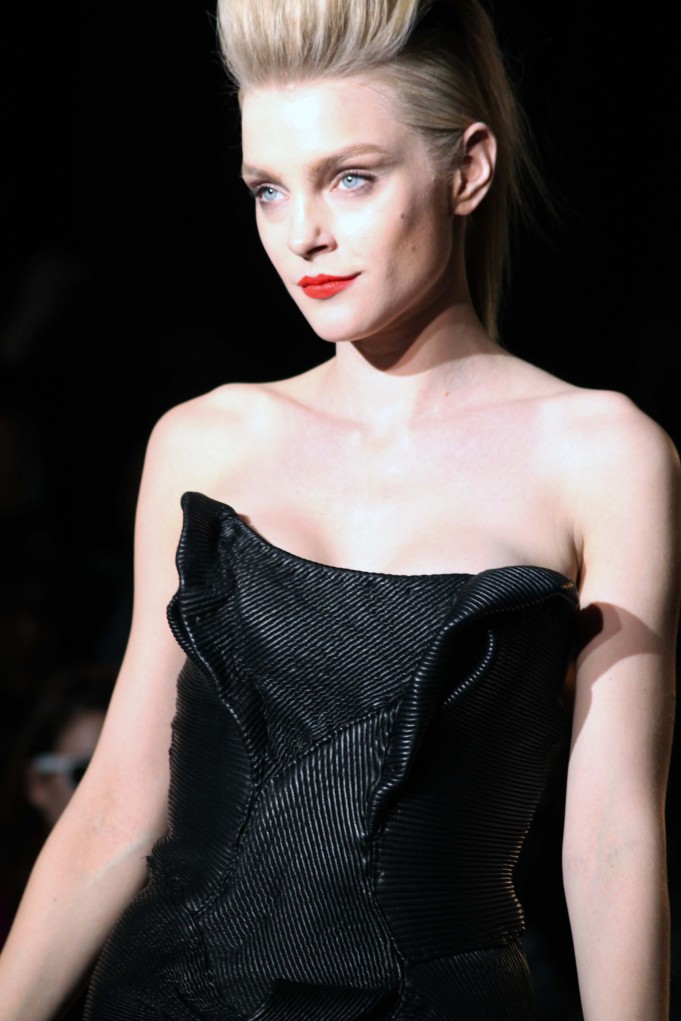 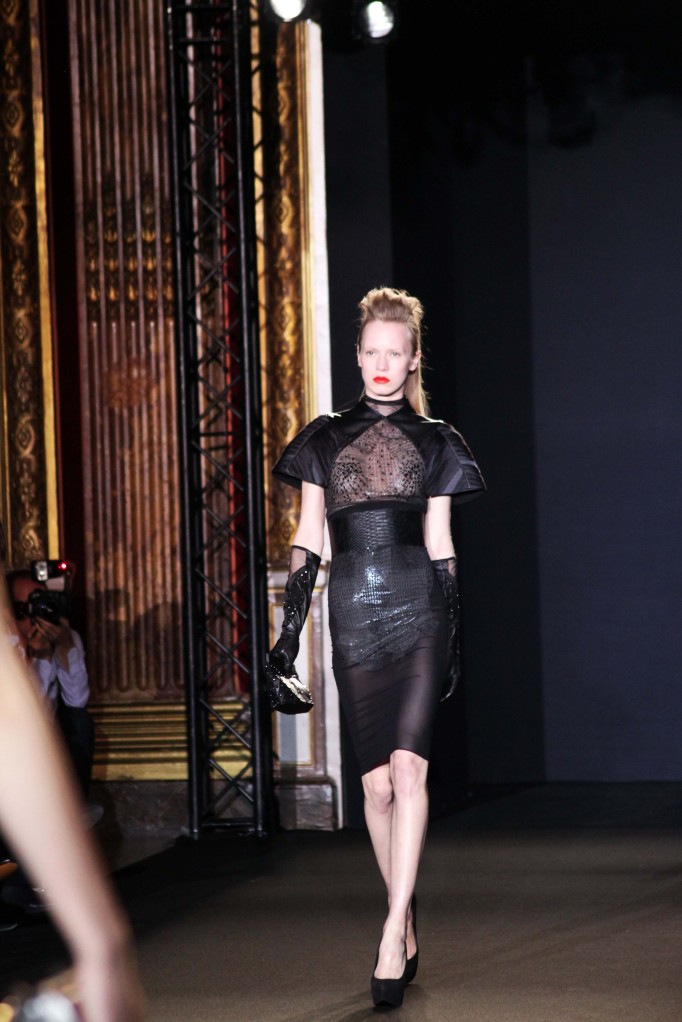 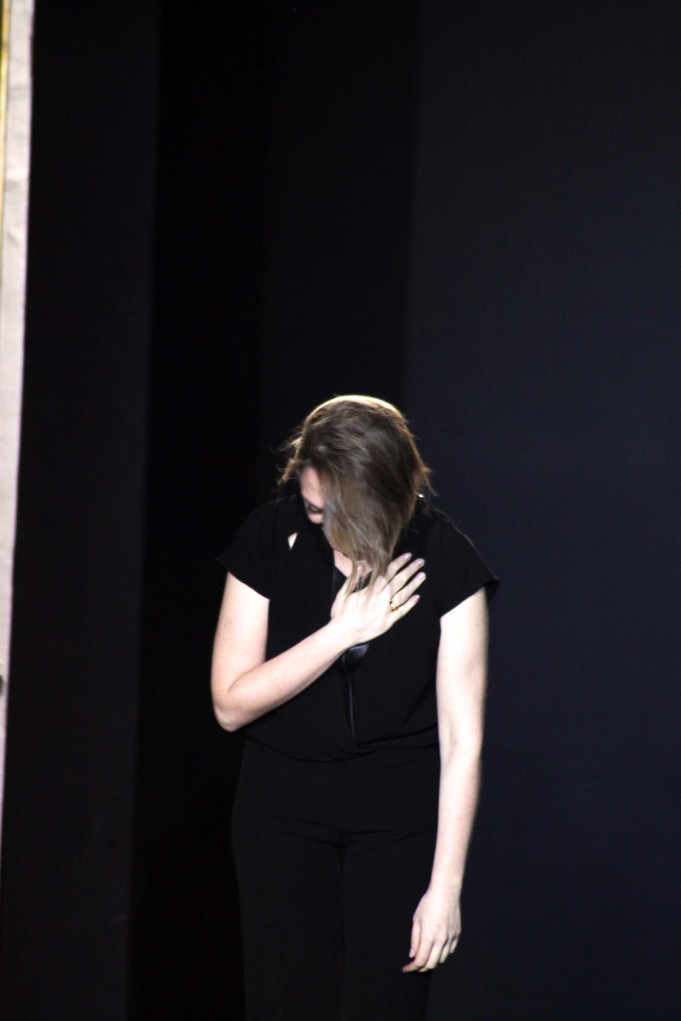 The turkish designer Arzu Kaprol presented her first collection in Paris under the theme “The Archeology of the future”. Arzu Kaprol is already quite well established in Turkey with several stores under her name and distributed by the powerful turkish group, Beymen, she is considered the number one turkish luxury brand in the country. The fashion show took place at the Westin Hotel at a beautiful salon that gave a elegant allure to the show. I was very happy and proud to cover her collection for the fact of being half turkish and also that she is staring out in Paris. The models were sophisticated with an authentic work in leather I specially liked some of the mini dresses, I think you can be the star of the party if you wear one of those!. To give life to the theme of the show she put some futuristic looking structures to the models at the end of the show, ending with one filled with lights. There where many important people for the press which is great news, it is not very easy to always get them in your first shows, but she did because as she said , she is more than ready to conquer Paris and create a unique link between Istanbul and the Capital of Fashion.

I can see that coming !