Don’t be a drag just be a Queen 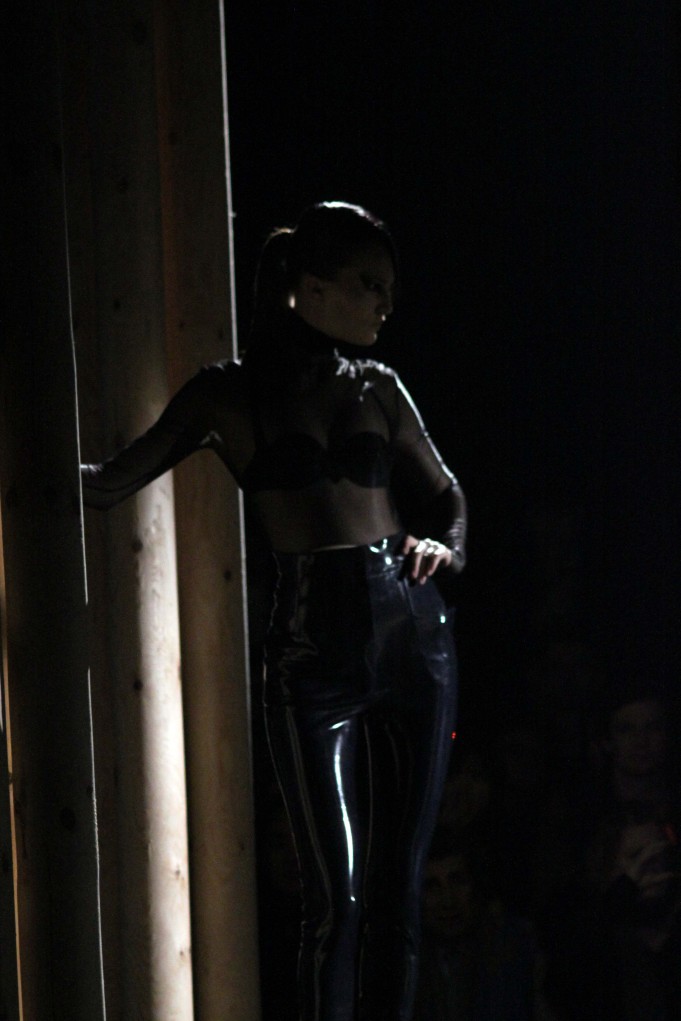 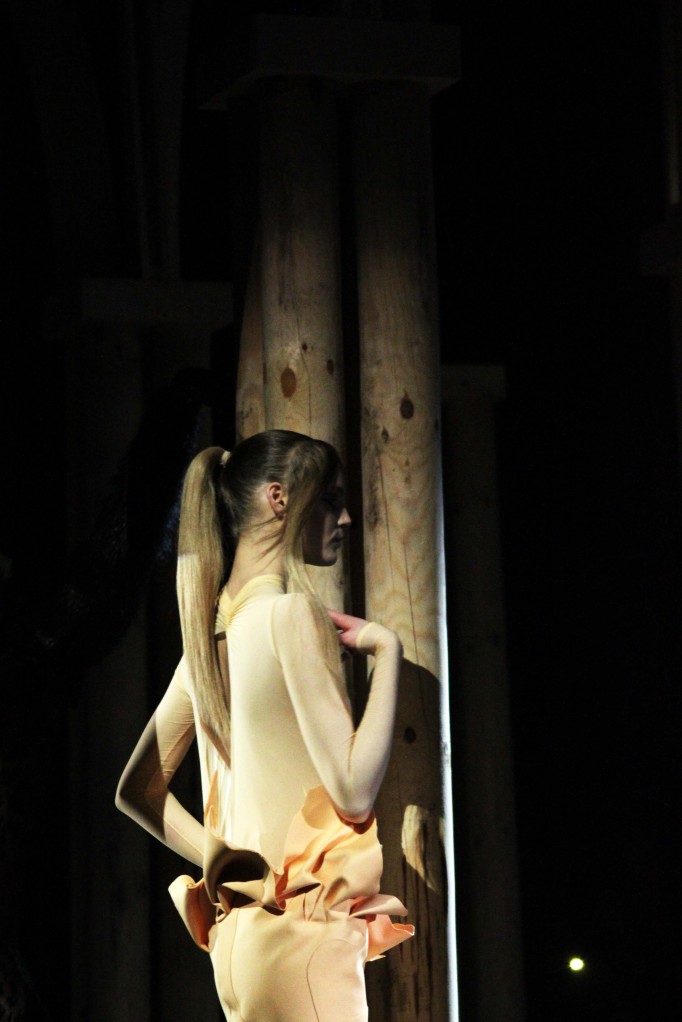 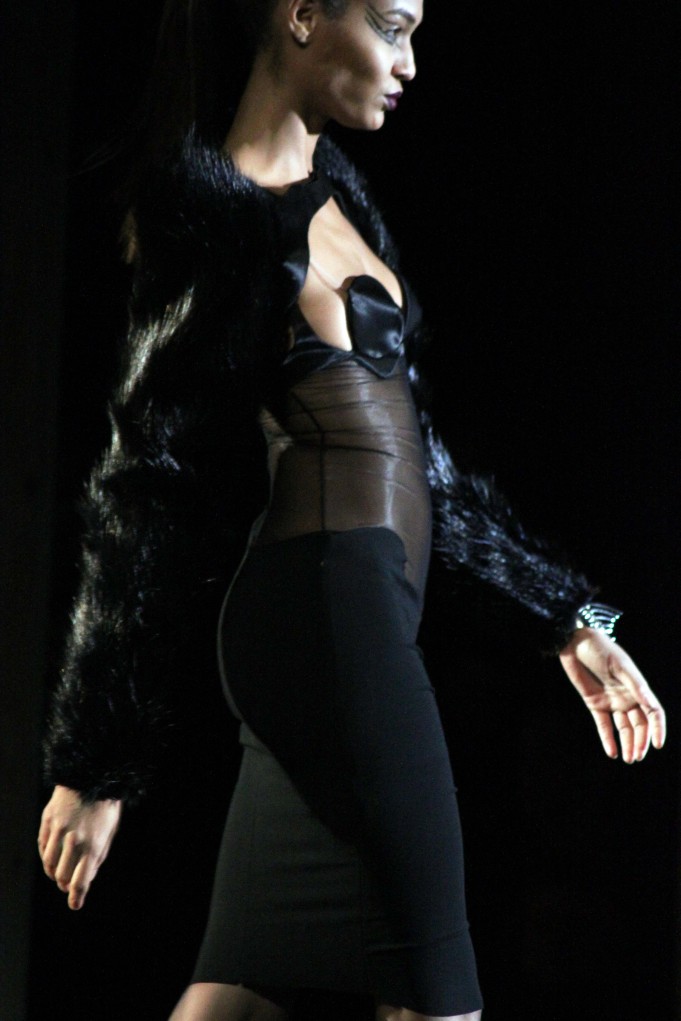 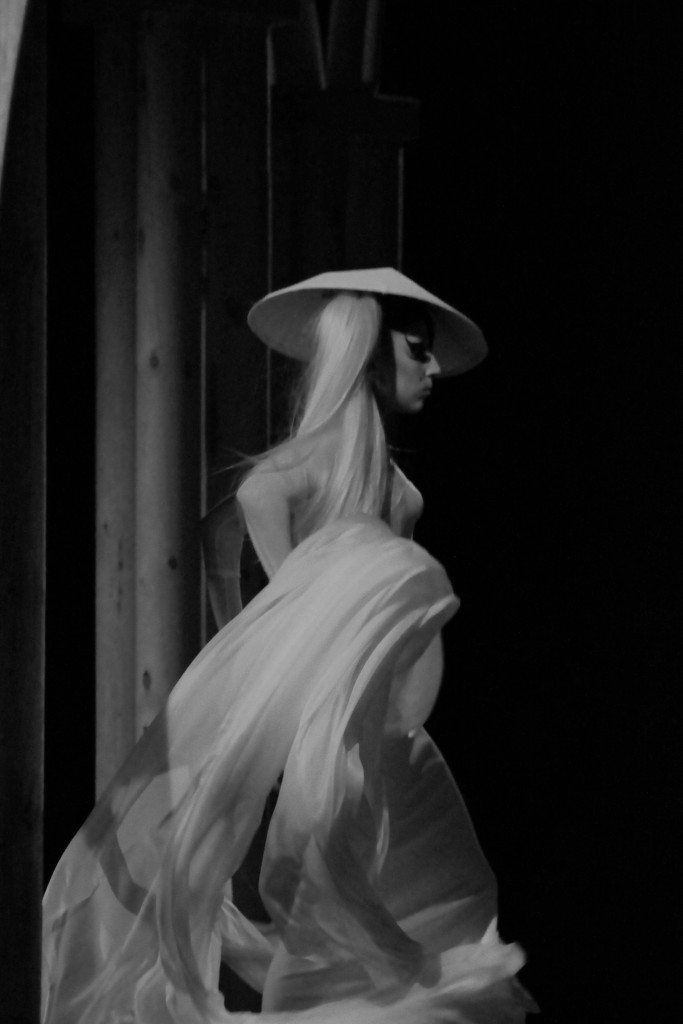 Today was the biggest night of this Paris fashion week, the presence of Lady Gaga at the Mugler show and the “relaunch” of the brand had everybody talking. Not only was a captivating moment for this week but a little bit of history was written, like when Madonna was at the runway of Jean Paul Gaultier in the 90’s, she was the queen of pop then, Gaga is the one of today. Nicholas Formichetti the new DA of Mugler (Thierry Mugler before) is the responsible for most of Lady Gaga’s formidable costumes including the meat suit. He had the mission to reinterpret Thierry Mugler’s work and take it to the 21st century, the Metropoli shoulders, transparent bustiers, latex and mini skirts where there with a more minimal approach, adapting to the woman of today. Lady Gaga a close friend and big fan of Thierry Mugler’s work, accepted to participate not only as a model but as a music editor, putting together a soundtrack with her latest hits, I think the audience was in awe towards what they saw, but also wanted to just dance. She appeared 3 times during the show and gave us a little taste of what she would do in a concert, it was really amazing, the structure of the runway, the lights gave me a unique experience as a photographer each picture was a surprise. I did not have and invitation, I had what the french call “culotte” which the more I do this, the more I develop it and I remember the wise words of Sir. RIchard Branson who I admire a lot, “skrew it, just do it“, but for the moment I can’t give details just strongly advice, it is a good phrase to keep in your daily life, and USE it 🙂 .