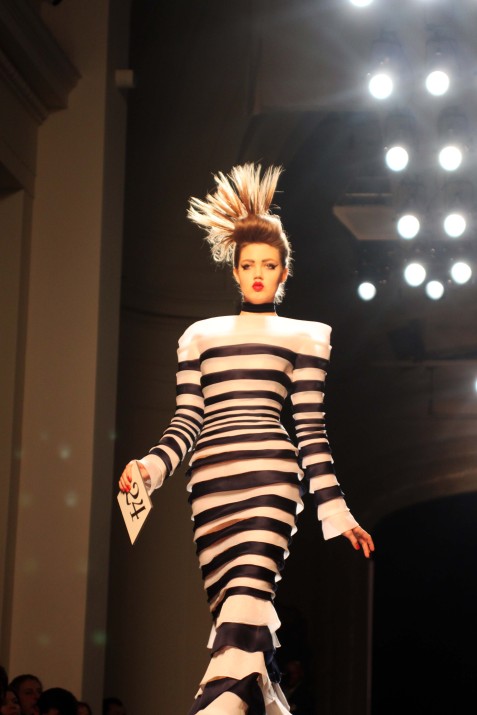 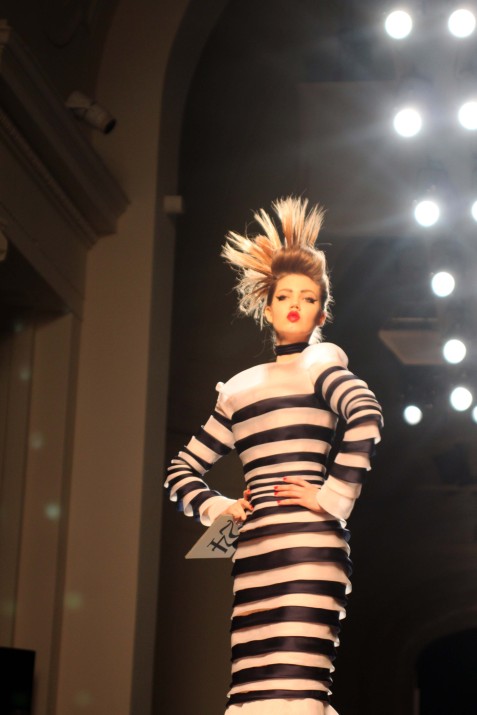 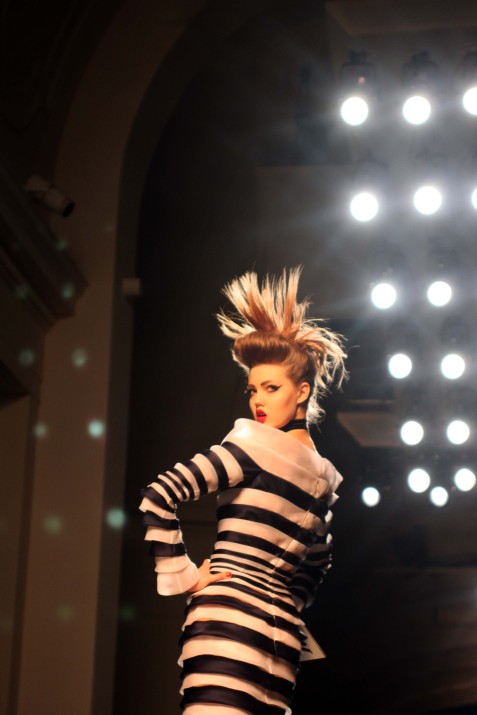 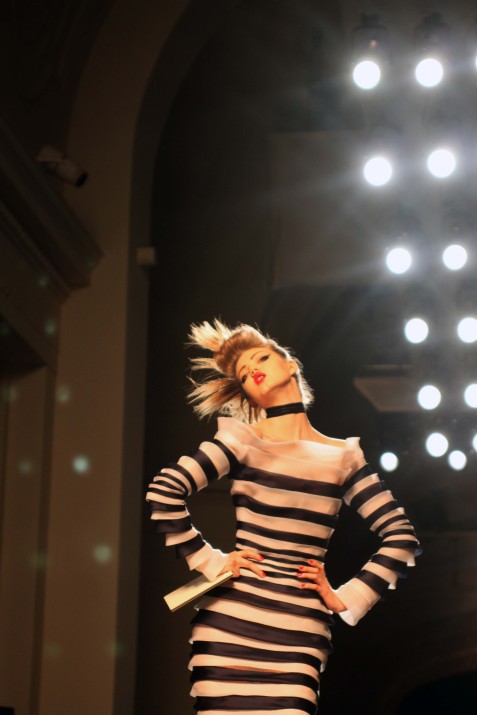 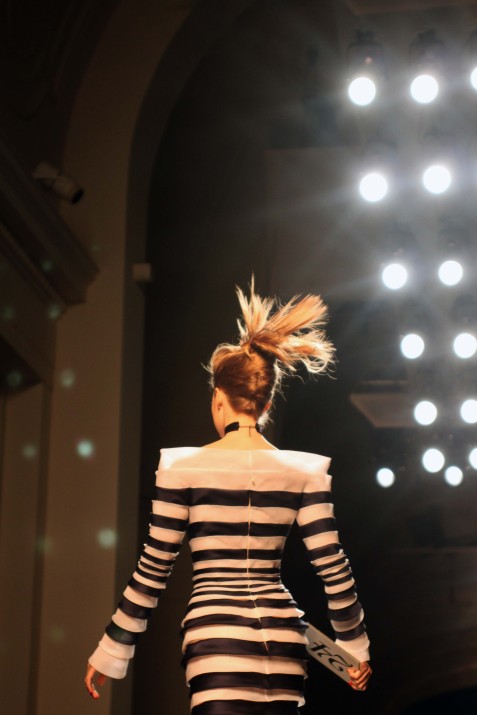 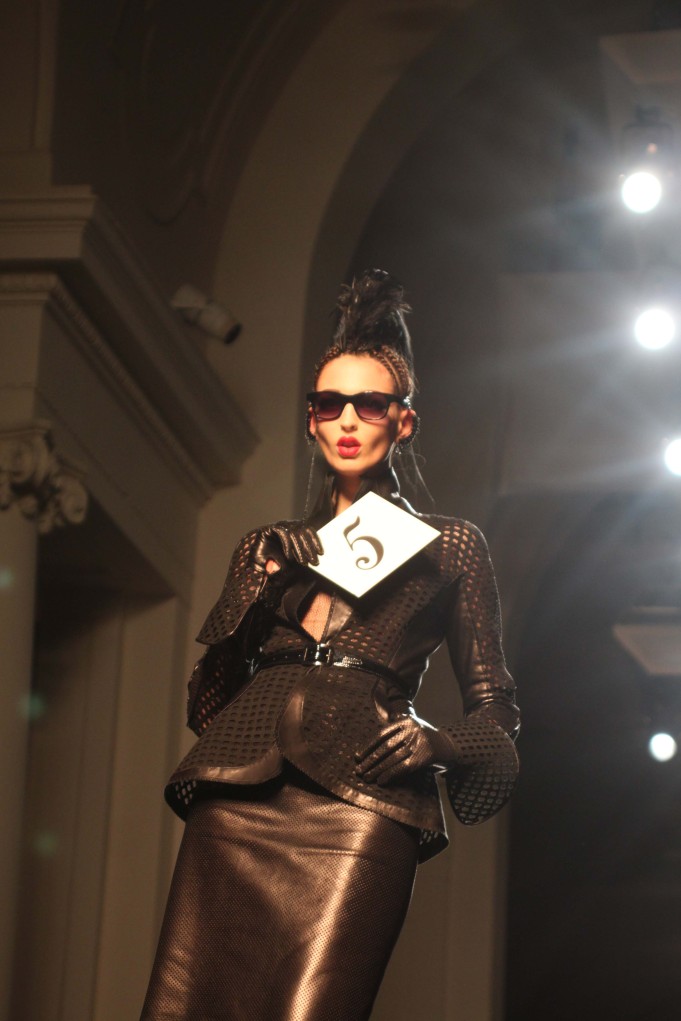 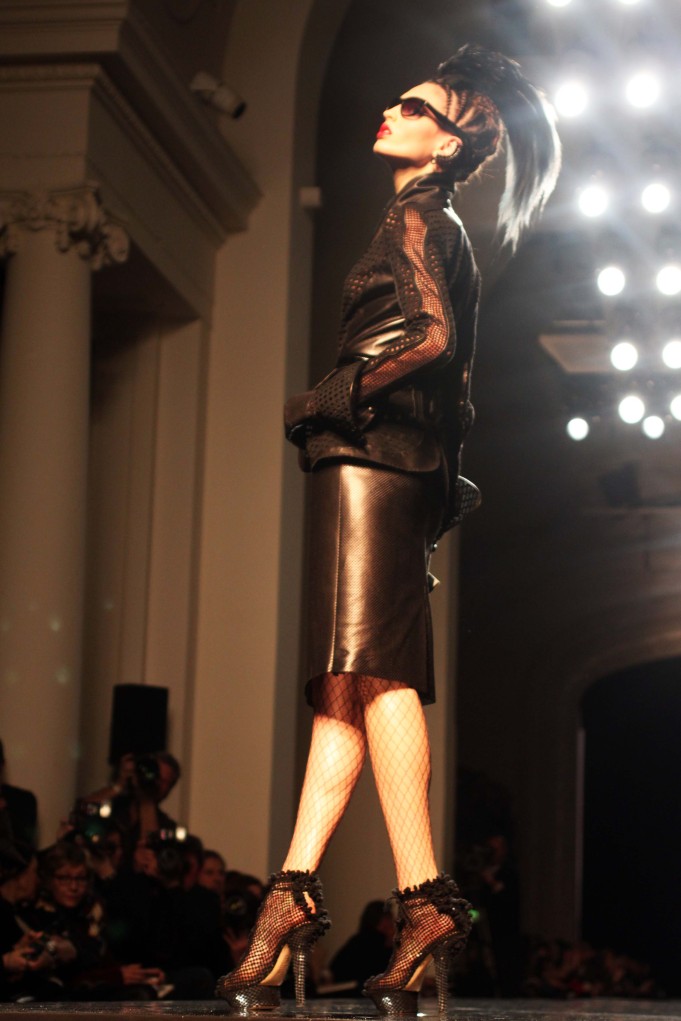 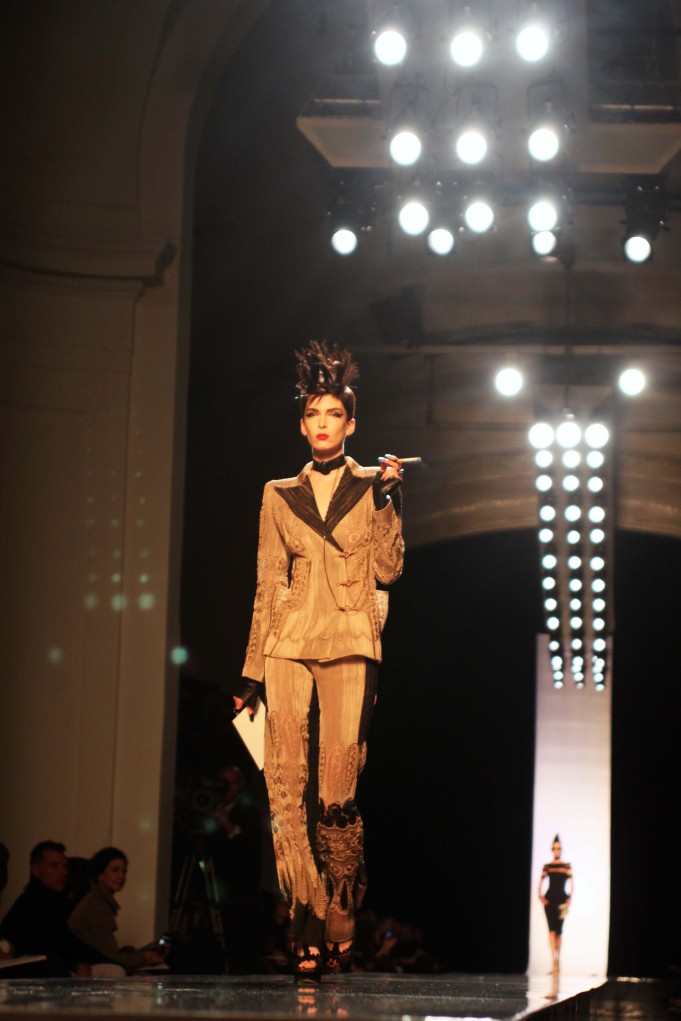 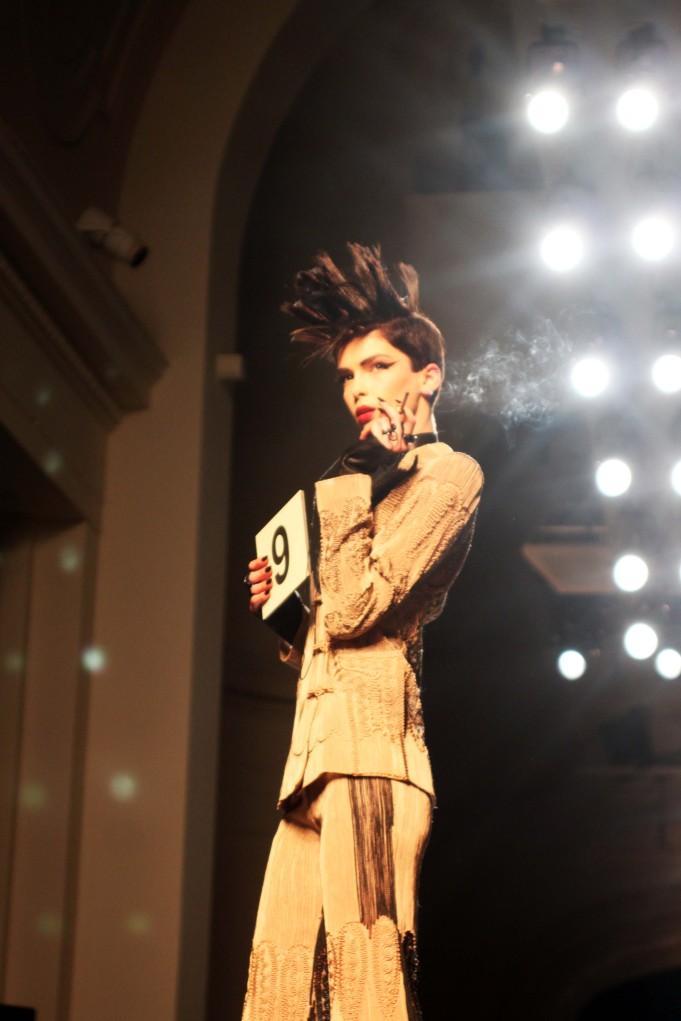 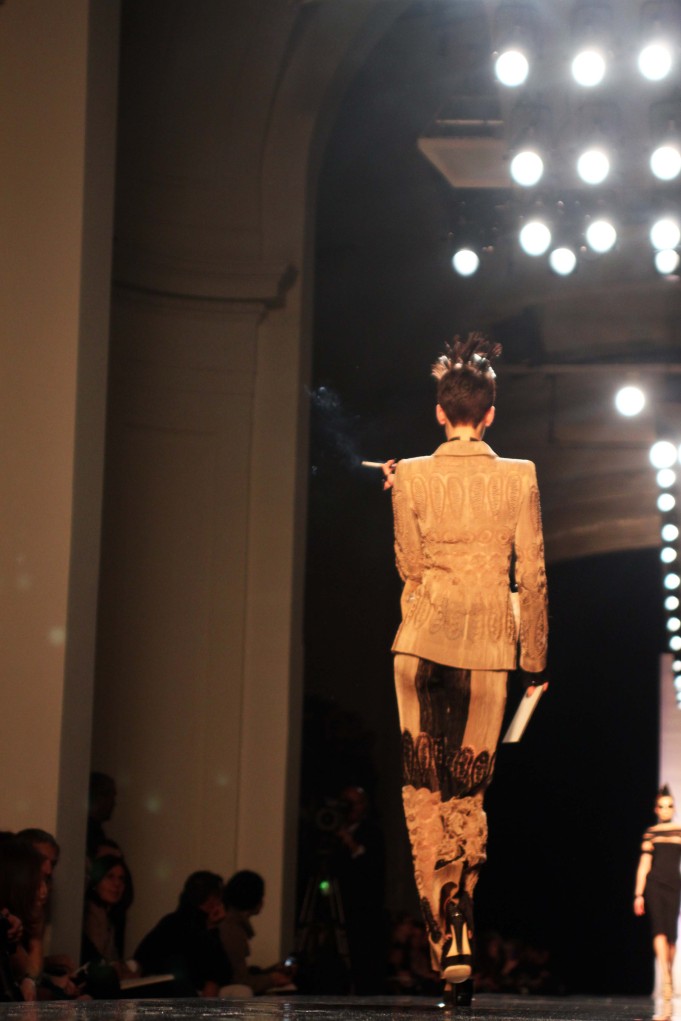 Assisting to the Jean Paul Gaultier Haute Couture Show this last week was like double winning the lottery and a huge surprise, after seeing him a week before on his men’s fashion show James Blonde and being able to speak to him and listen his interviews this was more than a cherry on a cake. Jean Paul Gaultier’s shows are known to be like a real spectacle with a theme and surprises, from Dita Von Teese (FW2010) closing the show or the lead singer of Gossip Beth Ditto singing live during the show, not to mention it is a celebrities’ must during fashion week counting with their presence not only for PR but because of their friendship to Gaultier. This show was no exception, completely original because it had no music, it was old style numbered and with a voice (the one of Catherine Deneuve) narrating the show naming each piece and describing it. The collection was amazing it could suit many different women, and the models took it to another level thanks to their attitude and character.  I wanted to chose some pictures to take you with me to the moment so you can see yourself. I have to really say  Jean Paul Gaultier is amazing, creative and generous not only as a designer but as a person it is a delight to watch his creations and himself talking about them.

In life it is good to strike a pose, feeling like the star of your life, putting in advance your Amazing self,  dressing up with self confidence, accesorizing with your unique character and getting ready to just conquer the world.