I open with this image because it is the epiphany of my day, after long hours of work, a little tired I waited to get the picture of Sofia, the incarnation of Italian Glamour, I saw her get in the Armani show and could not get a good picture, paparazzis make it impossible to get a shot and in the night is harder, so I waited for my second chance, the best I got is this image, that even though is in from the back it captures a unique moment in time and I know it is the unforgettable Sofia. 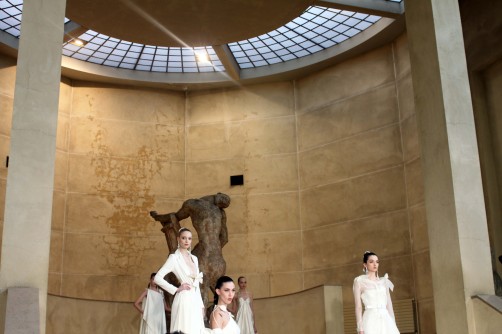 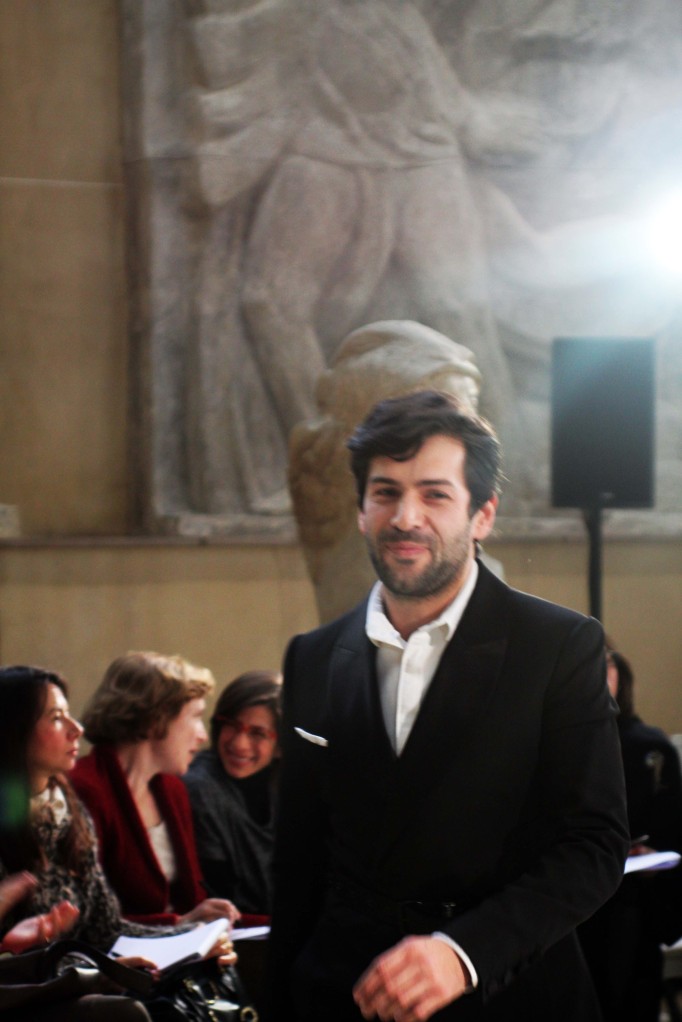 My first Haute Couture Show, it was an experience apart, held in a small museum in Paris with very few selected guests I felt in another time when Haute Couture shows took place in private salons. Alexis Mabille is the youngest couturier accredited by the Chambre Syndicale de la Couture in Paris, he is a rising star supported by big fashion journalists like Suzy Menkes and Emanuelle Alt. His collection was simple, pure and beautiful to watch. I had a great spot and I took very nice pictures that I will post on a special article dedicated to him.

Josse’s show was imply beautiful a mix of materials and shapes he has thought of different women when he conceived this collection, filled with amazing fabrics & color. I just discovered this designer and it was a very nice surprise. I will make a close up on the show and him very soon, creations apart he is also the sweetest person, big in creativity and humble in personality. 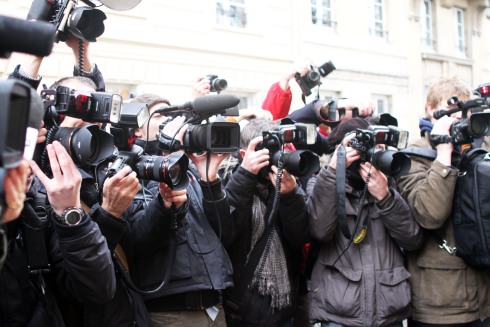 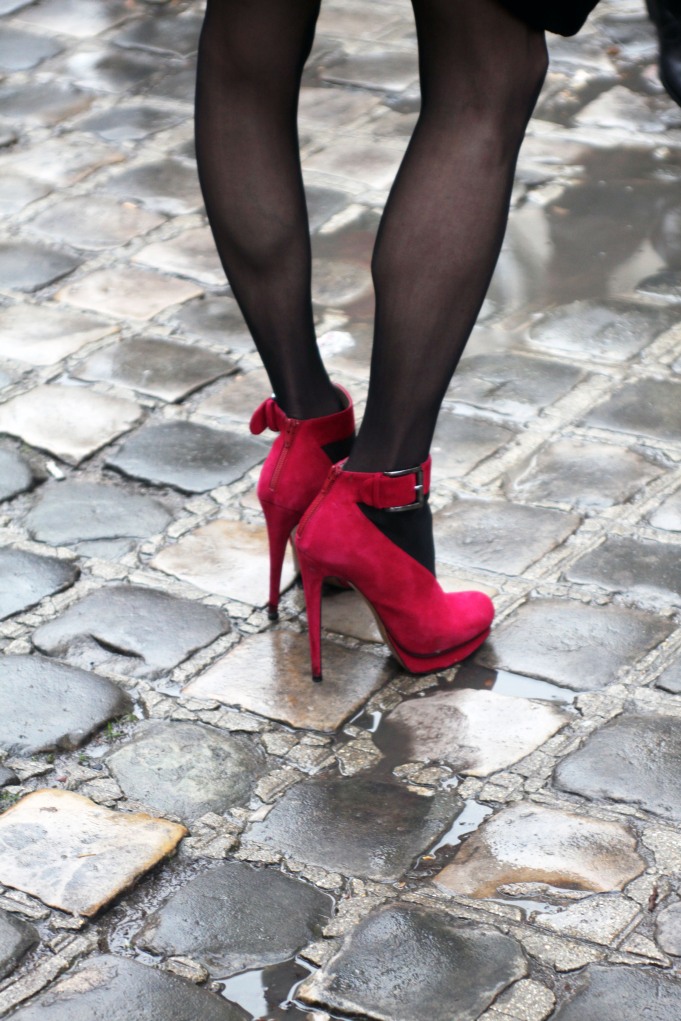 Pink in a grey day

The Christian Dior Show is one of the most sought after shows in Paris, the media, celebrities and simple amateurs make their rendez vous sur place the day of the show. Paparazzis invade the are just to get the one shoot of that celebrity that will sell. The biggest celebrity of the day was Pedro Almodovar, who I managed to get in a picture, he even smiled at me I think, for you to judge. The model who came out with the make up intact from the show that was inspired by the illustrator Gruau was a gift, it looks like an old William Klein pictures. The pink shoes are a preview of the great shoes I caught in camera outside the show.

Alexander Vauthier’s show was a cherry on the cake thanks to my fried Alfons Kaiser that I crossed accidentally after the Dior show at a cafe (Thanks to him I got into Kenzo last season and motivated me to write the blog and do my photos site), he is like a little angel!. Vauthier is a favorite among rock stars, Rihanna has worn several of his designs. His style is inspired by the 70’s, playing with the shapes and amazing fabrics. Soon I will post all the pictures of his show so you can have a fest for the eye. 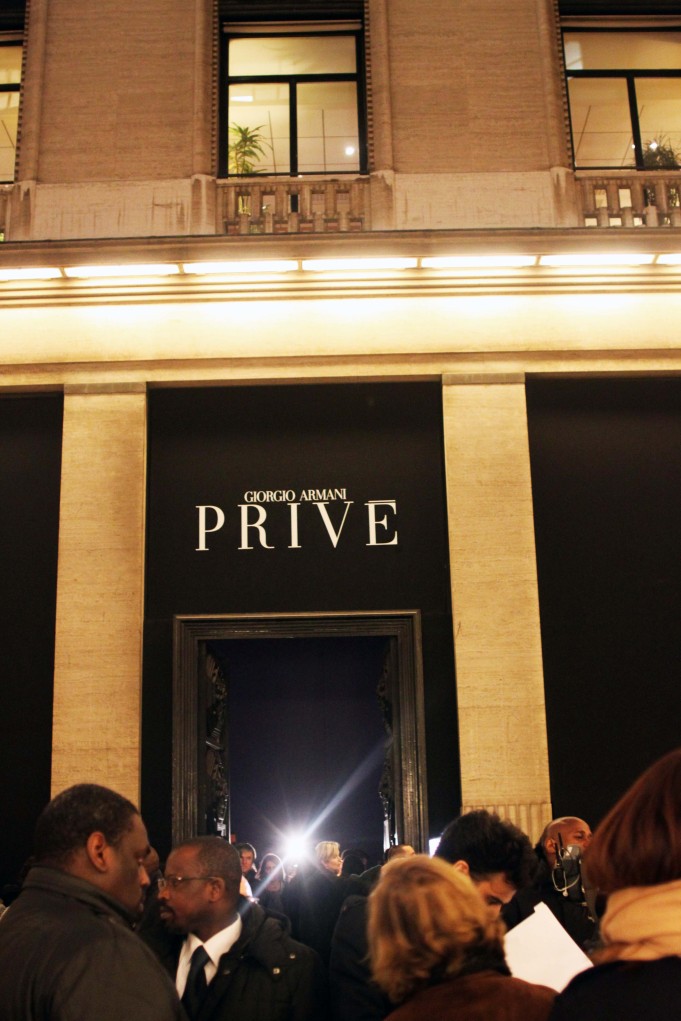 One fot the future

I have sooo much to share with you, but this time I am really tired, it is time for some well earned sleep :).